The recent unfortunate incident between a Pakistani origin Australian citizen and a staff member of the Pakistan Consulate General in Sydney on the issuance of a visa attracted negative attention of the community in Australia and abroad through some malicious posts on social media.

Given the gravity of the situation, the High Commission intervened and after holding several joint meetings with all the parties, amicably resolved the matter.

On the special request of PAA, the High Commissioner agreed to review the decision of refusal of visa to the individual involved, on the PAA assurance that there will never be recurrence of such indecent and inappropriate behavior towards the Consulate General.

The High Commissioner deeply appreciated the positive and constructive role played by Mr. Abbas Rana, the President of PAA and his team in the resolution of the problem and assured the Community that best efforts would be made to further improve the Consular services in Sydney, with the support of the community.

The PAA, while regretting the incident, appreciated Mr. Abdul Aziz Uqaili, Consul General of Pakistan who has shown maturity, professionalism and patriotism all along.

The President PAA appealed to the members of the Pakistani community to show respect to the office that carries the flag of Pakistan and demonstrate understanding and patience while seeking consular services, in line with good Australian and Pakistani values.

It must be clearly understood that the use of indecent language and inappropriate behavior in a Government Representative office is prohibited by law, both in Australia and in Pakistan.

It is a matter of great satisfaction that the matter has been amicably resolved. All Pakistanis and Australians of Pakistani origin are requested to stop dwelling on this issue and negatively commenting on it in the social media or elsewhere for the sake of the good name of our beloved Pakistan and Australia. 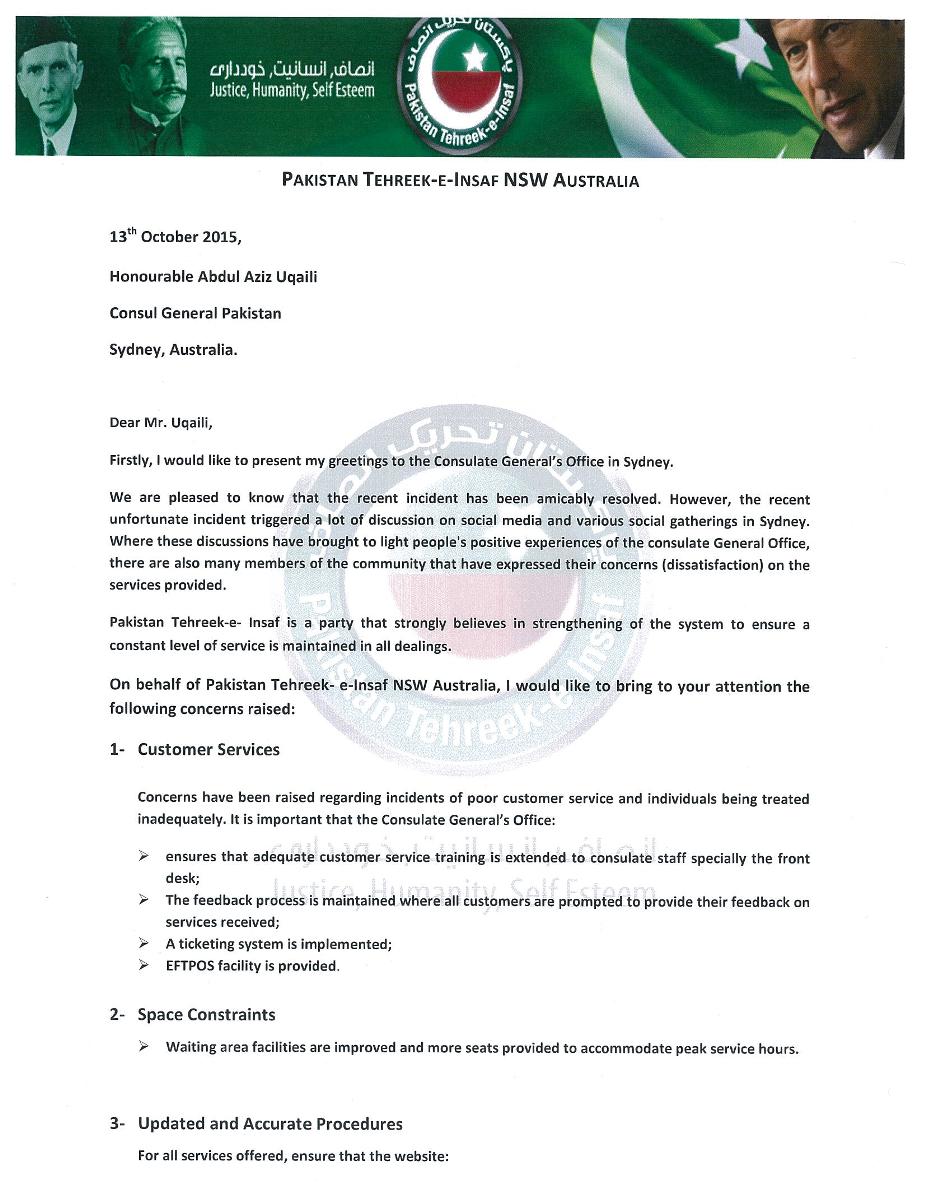 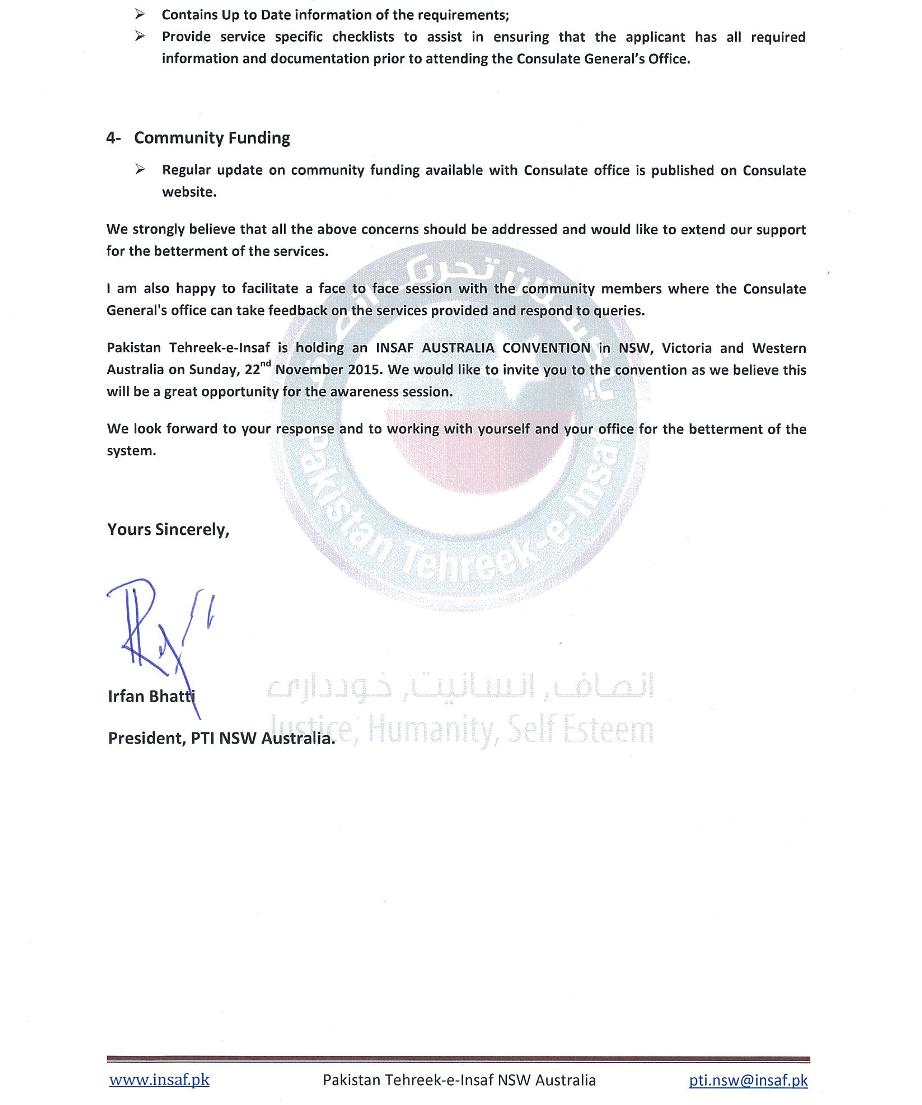