Key Kevin Rudd backer Chris Bowen emerged from the latest leadership spill as Federal Treasurer and joins us from Parliament House to to discuss how things will differ under a Kevin Rudd government. 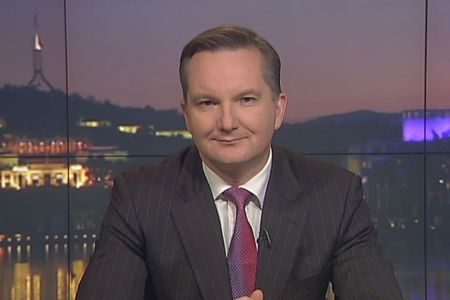 LEIGH SALES: Joining me from Canberra for his first interview as Treasurer is key Kevin Rudd backer Chris Bowen.

CHRIS BOWEN: Well thank you very much, Leigh. It's good to be with you and thank you for the congratulations. 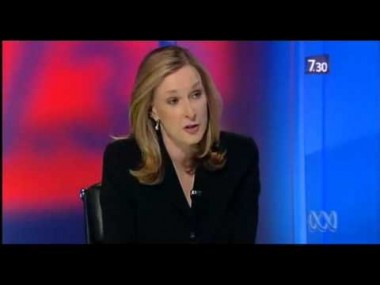 SALES: Why did Julia Gillard have to go?

SALES: If that's the case and the strong case, as you put it, then why could Julia Gillard not effectively make that case?

BOWEN: Well the caucus made its decision based on all the evidence before us, based on Kevin's track record as the person who defeated the most formidable conservative politician of his age, John Howard, against the odds in 2007. Against - Kevin's track record as Prime Minister and the plans he put before the caucus for making Labor competitive at this election and for taking Labor forward with a positive program for the future. As I said, Leigh, it was a tough choice between two good Prime Ministers and Labor chose Kevin Rudd for the future.

SALES: How will a Rudd Mark II government differ from the Gillard Government we just had?

SALES: OK. Well let me ask you about your approach as the new Treasurer. You mentioned a commitment to carbon pricing. Do you see room to tinker around the current policy or indeed do more than tinkering?

BOWEN: Well, Leigh, the current policy is the law of the land. It's been legislated. We're committed to carbon pricing and that remains the case. And of course we'll always take a responsible approach to these matters. And if there's matters that need to be addressed in the future, then the Prime Minister and I and the relevant ministers would address them.

SALES: Do you see some areas that do require addressing?

BOWEN: Well the policy is in place. It's working well, despite the fear campaign of the Opposition who said that towns would close down and the economy would grind to a halt. We've seen many thousands of jobs created, we've seen economic growth continue, we've seen emissions fall. So carbon pricing actually works. And the Opposition, who says they have the same targets for reducing emissions has a policy which every expert in the field says will not work.

BOWEN: Well, Leigh, if you're asking me today on my first day as Treasurer to say that I will never recommend any change to any government policy at any point in the future, well I'm not going to do that. SALES: No, I'm just asking what's in play.

BOWEN: Well, I'm not going to do that. But what I am saying is that our policy is in place. It's been legislated through a tough process. We got it through the Parliament through a tough process. John Howard tried to - or promised to implement a carbon price. It didn't happen. Carbon pricing has been very controversial on both sides of the political divide. It's caused frankly some headaches for leaders of both parties, but it's now in place and it's now the policy and law of the land and it's a good achievement.

SALES: Let me ask you about perhaps a more pressing matter, which is the Gonski education reforms. There is a deadline on the table for agreement from the states on that for this Sunday. Is that now off the table?

BOWEN: Well, again, I know the Prime Minister is working through the issues and I know he's looking forward to discussing those issues with various state premiers. This is an important reform, and yes, we have seen some progress, particularly in my home state of New South Wales and South Australia and the ACT.

SALES: And just to be clear, do they still have to sign up by Sunday?

BOWEN: Well, Leigh, the Prime Minister is obviously looking forward to discussing these issues with the premiers ...

BOWEN: Well he's being briefed on a whole range of issues on his - he's been Prime Minister now for less than a day, Leigh, and I know he's been taking calls from foreign leaders and he's also looking forward to meeting the premiers and talking through the issues that are outstanding in terms of implementation of important reforms.

SALES: As the Treasurer, do you believe that there's sufficient accountability built into the current Gonski plan to make sure that the money being spent will improve outcomes?

BOWEN: Well I think outcomes are obviously the key here. I think we could all agree that increases in school funding are very important and necessary, but you do need to ensure that steps are in place to ensure improvements in outcomes. Again, they'll be issues that we'll be working through with the premiers who haven't signed yet and I'm sure the new Prime Minister will be looking forward to talking to - through those issues with the other premiers as well.

SALES: To be clear, do you think that there are currently enough accountability measures there?

BOWEN: I do think the accountability measures are robust, but there'll always be matters that can be discussed between the various levels of government.

SALES: Kevin Rudd made a big public pronouncement recently when he announced that he had changed his views on gay marriage. Will Labor change its platform to be pro-gay marriage going into the election?

BOWEN: No, Labor went through this debate at our national conference. We agreed, as I think is appropriate, that this was a matter of individual conscience for each member of Parliament. I think that's the right approach. I think that should be the approach from all political parties. These are matters of individual personal judgment. Kevin Rudd has very famously and very prominently been through that process himself and I think that's a process that every single member of Parliament is entitled to go through.

SALES: How soon will the Prime Minister decide on an election date?

BOWEN: The Prime Minister made that very clear today in terms of the constitutional convention, and that is that the program reserves the right to recommend to the Governor-General an election date and announces the date at that time and that's what Kevin Rudd will be doing.

SALES: Can we take from what he said that September 14th is off the table, because he did mention today the issue with it clashing with Yom Kippur?

BOWEN: He did mention the issue of Yom Kippur and that's a real issue. There are many Australians of the Jewish faith who would have great difficulty with an election on that date and that is a factor that he's indicated very clearly that he'll be taking into consideration. But the important principle that he's underlined is that he believes in the traditional constitutional convention that the Prime Minister goes to see the Governor-General, recommends a date and then announces it.

SALES: From what you say, not to labour the point, just briefly, September 14th looks unlikely.

BOWEN: Well, there are some issues that the Prime Minister's concerned about with September 14th and Yom Kippur is one of those issues.

SALES: We've seen a number of ministers depart the frontbench tonight and then again today. Over the past three years we've seen a number of ministers who've worked closely with Kevin Rudd criticise him in the harshest terms that he's chaotic, dysfunctional, contemptuous, disorganised. How does any voter trust that that's not who Kevin Rudd is, given that we've been told by his own team that that is who he is?

CHRIS BOWEN: Well a copulas points there, Leigh. I think the Australian people obviously have a high regard for Kevin Rudd. They've seen what he can do as Prime Minister. They've heard his policy skills. They've seen him in action as Foreign Minister. And his story retains a very high regard in the Australian community. And anybody who says otherwise I don't think has walked through the main street of Fairfield with him like I have or been into the community with him, as many MPs have done.