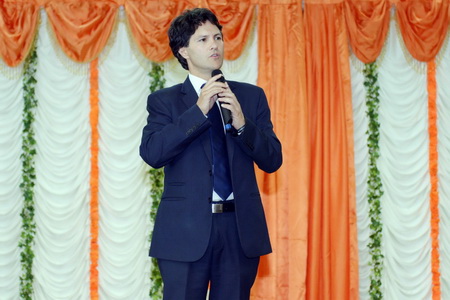 United Indian Associations Inc.celebrated Indian Republic Day and Australia Day with full house at Bowman Hall, Blacktown on 18th Jan Friday. The event made the best memories for 33 of the 2012 HSC students and prominent Australians working in India.

The celebrations started off with national anthems of India and Australia followed by the warm welcome speech by the president of UIA Mr Amarinder Bajwa. In his address he stressed upon the growth of the bilateral relationship building as well as trade and investment. He welcomed the travel concessions to the international students by the state government. Mr Amarinder Bajwa also stressed about the similar concessions for the seniors on bridging visas. He also welcomed the changes to long term visa provisions for the parents of the Australian and focus of the governments for the engagement of India and the Asian Century white paper.

President Amarinder Bajwa reiterated “UIA is constantly building and bridging relationships, we want everyone to come together and work together for the social and economic development in Australia as well as India. UIA has been and always will stick to its principles of social cohesion and social development.”

The event was well attended by the MP’s of both state and federal governments. High Commissioner of India Mr Biren Nanda attended the event. In his address he congratulated the awardees and highlighted the growing cooperation between the two countries.

The Hon Craig Emerson Minister for Trade and Competitiveness representing the PM of Australia congratulated UIA for their social development and increased focus of the government for engagement of India as trade and investment partner.

The Hon Craig Kelly MP representing federal Leader of Opposition Tony Abbott impressed upon the gathering with the focus of the opposition on India and its potential of being the global partner for many years to come.

The Hon Victor Dominello MP, Minister for Citizenship and Communities applauded the efforts of UIA and its team under the presidency of Mr Amarinder Bajwa and for its socio political development of the local Indian diaspora. He stressed upon the commitment of the state government to engage India on every front and focus on the development and growth of the state and Indian partners.

The Hon Linda Burney representing the Leader of Opposition Hon John Robertson congratulated the students on their high achievement and while addressing the students in the gathering said ‘You can loose anything in your life but the education that you have earned – you can’t loose to anyone. Its what you have earned with your hard work and will always stay with you.’ She applauded the efforts of UIA.

The Hon Chris Bowen Minister for Immigration while presenting the awards to the students congratulated them for their high achievement and said he is always glad to attend UIA events as they reflect the growth and harmony of the Indian diaspora in Australia.

Other ministers that attended and presented the awards to the students are The Hon Michelle Rowland, Member for Greenway, Barbara Perry MP, Guy Janghari MP, Kevin Connolly MP and Chair of CRC Stepan Kerkasharian.

UIA presented Life Time Achievement Award to Dr Jay Chandra and Ophthalmologist for his exceptional contribution to the community of India and Fiji. He created Rishikesh Eye Project in India in the year 2002 and started Fiji Eye Project in 2006 where they have operated over 3000 cataract operations in past couple of years. Dr Jay Chandra has accomplished career in vitreo-retina and is working in Sydney.

UIA this year presented ‘Friends of India’ award to Sim Aid an organisation working in India to help and save the girls from the prostitution and sexual discrimination under their project “Operation RedLight-GreenLight/ Girls Off The Street, New Delhi”. SIMAid was represented by Angie Shum, Donor Manager.

Paul MCGurk was honoured with “Friends of India” for his personal aid and support to the Indian families in India, where he has been providing medicines, education and financial support to Tibetiaan families. Paul spends 2 to 3 weeks of time and donating lot of money every year doing this great work in India. He does a lot more like sending medicines, books, computers etc to these poor families.

Mr Clary Castrission of 40K Foundation was the awardee of “Friends of India” on the dedicated education programs in India for the poor kids. The 40K educational pods have been a great success providing opportunity for the kids in the villages around Bangalore.

Jennifer Star was awarded “Friends of India” for her Tara.ED - a program that is built around the “Teacher Tour” – in which teacher education students from Australian universities do a teaching internship in one of the Tara.Ed partner schools in rural Maharashtra. The Tara.Ed model revolutionises the concept of charity as it allows the benefit to flow both ways. Both the Indian and Australian education systems and communities are provided with the tools and opportunities to develop the competencies required for success in the Asian century.

UIA also conferred “Community Service Award” to Omkara Swamy Gopenalli and Ramyavaran Ramaswamy for their relentless and selfless work for the community for past many years.

UIA also presented Certificate of Appreciation to the appreciate the support to the community and the organisation to Kiran Desai, Maxine Salma, Varun Tiwary and Rajesh Kumar for attaining world record in 1010 portraits in 8 hours at India Australia Friendship Fair 2012.

UIA team included Sue Advani as an event coordinator, Ms Shalini Chandrala as the MC while Ms Shobha Ingleshwar sang the national anthems of both the countries in her voice. Cultural program was presented by Maxine Salma and her group Road2Bollywood. 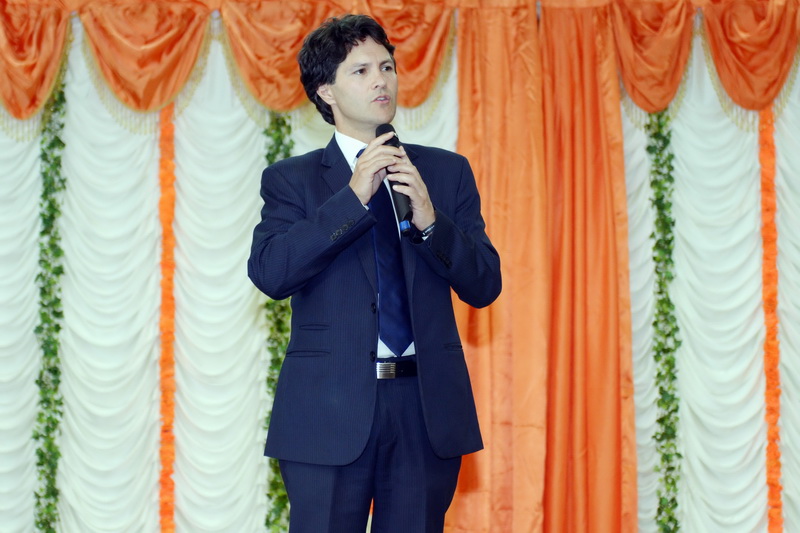 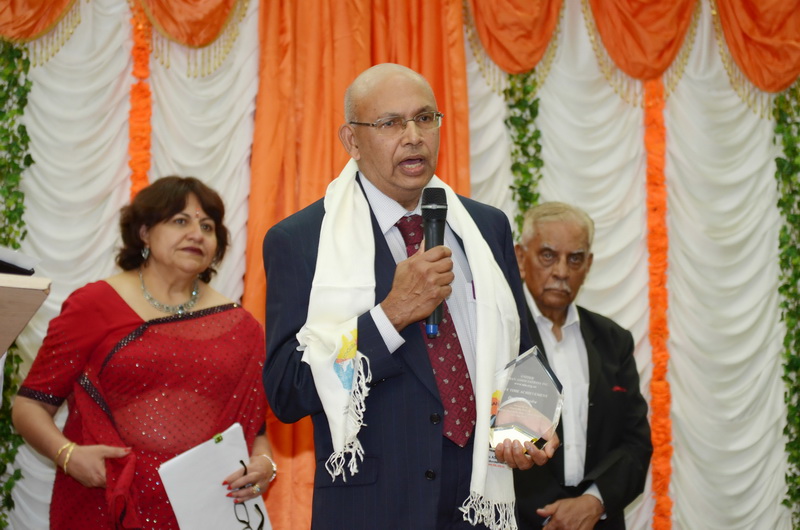 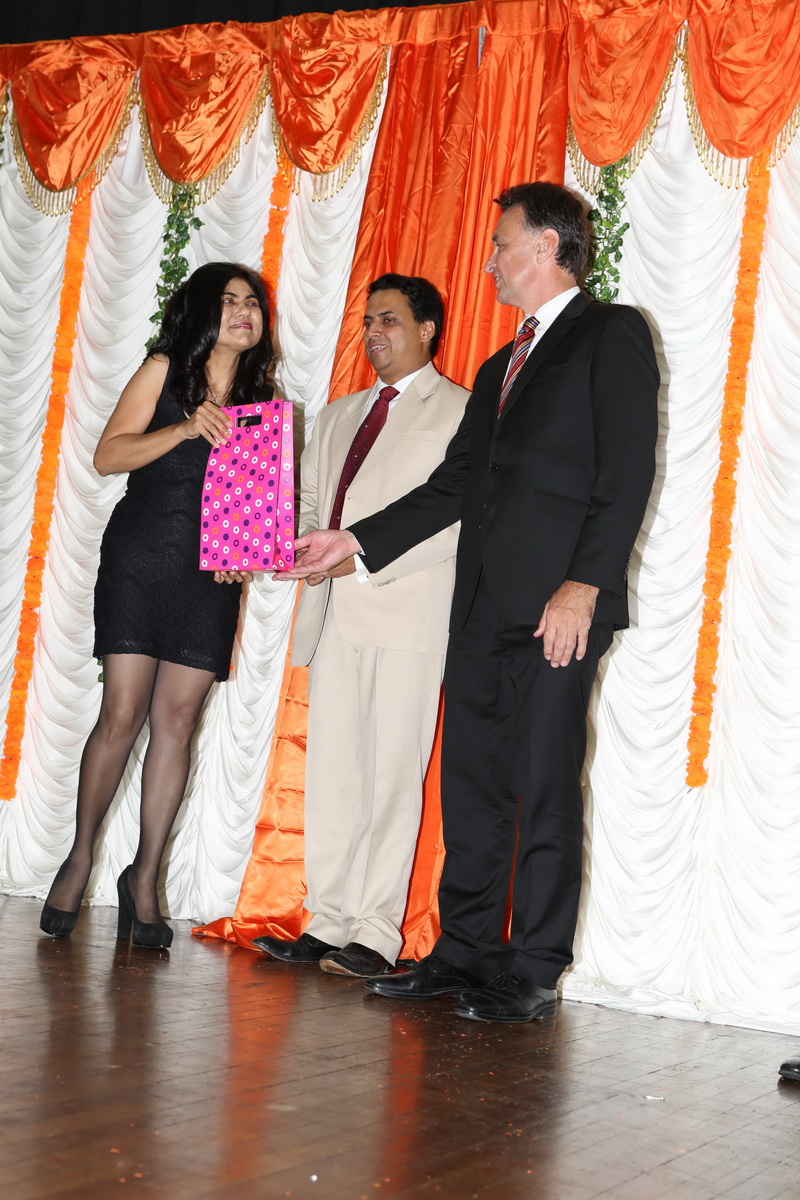 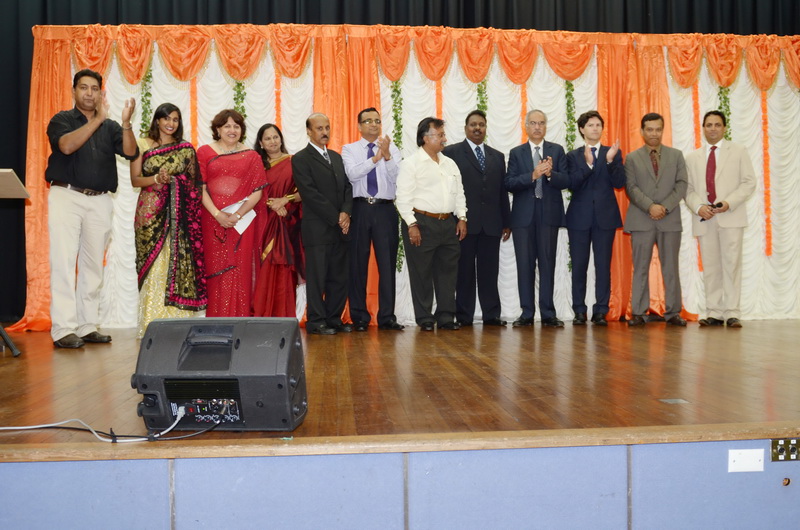 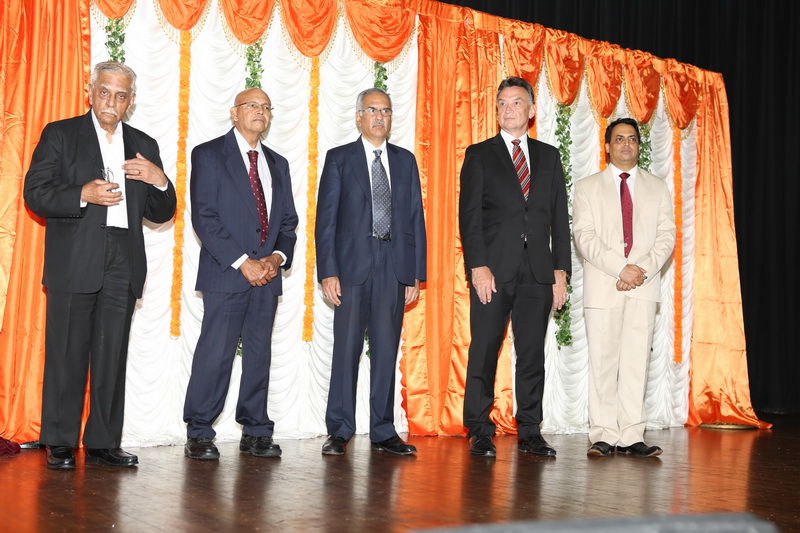 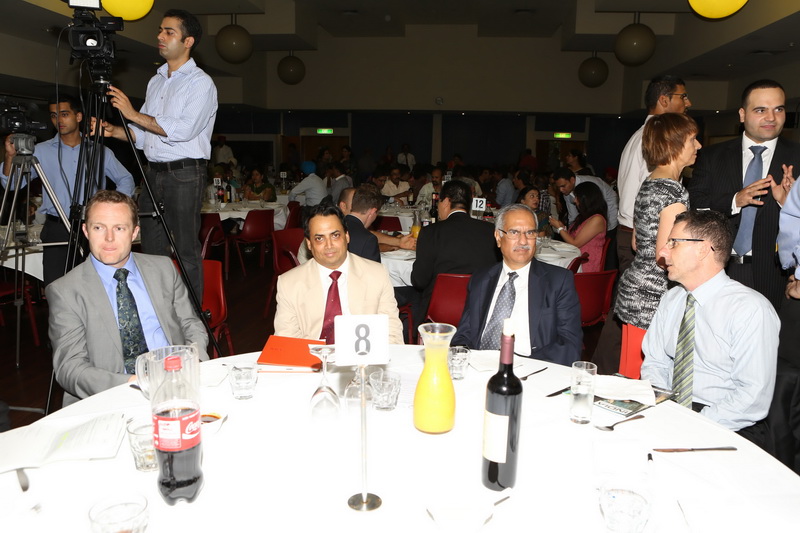 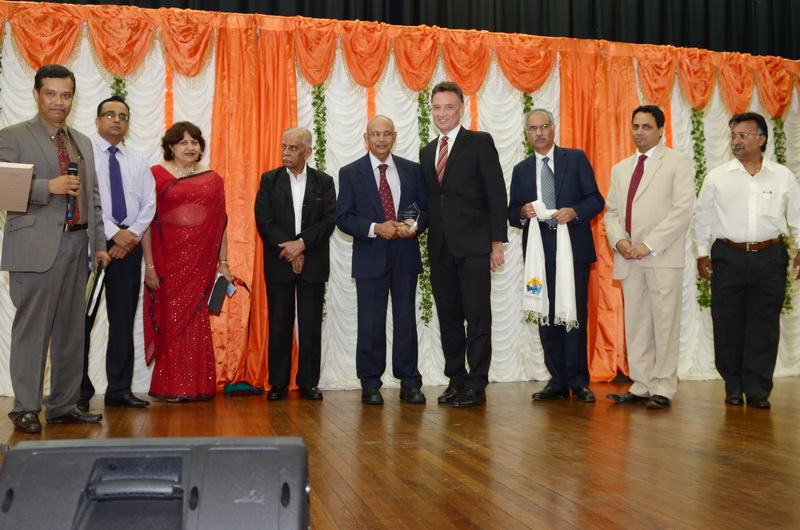 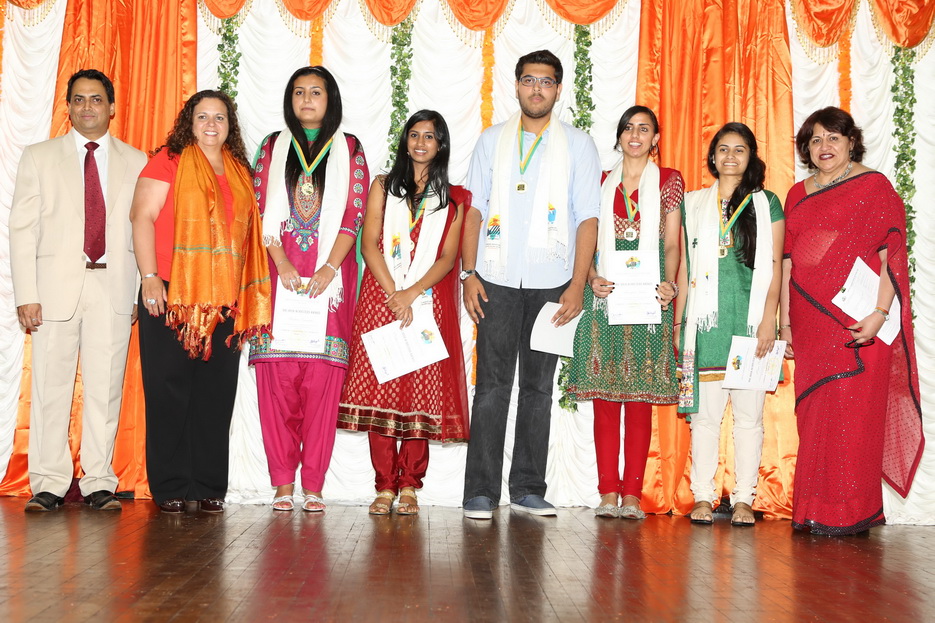 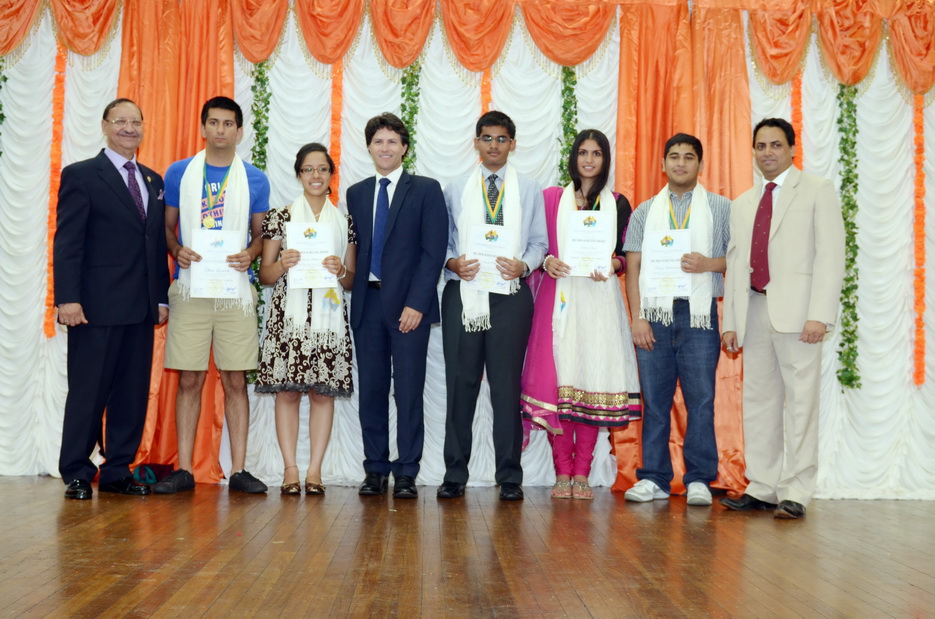 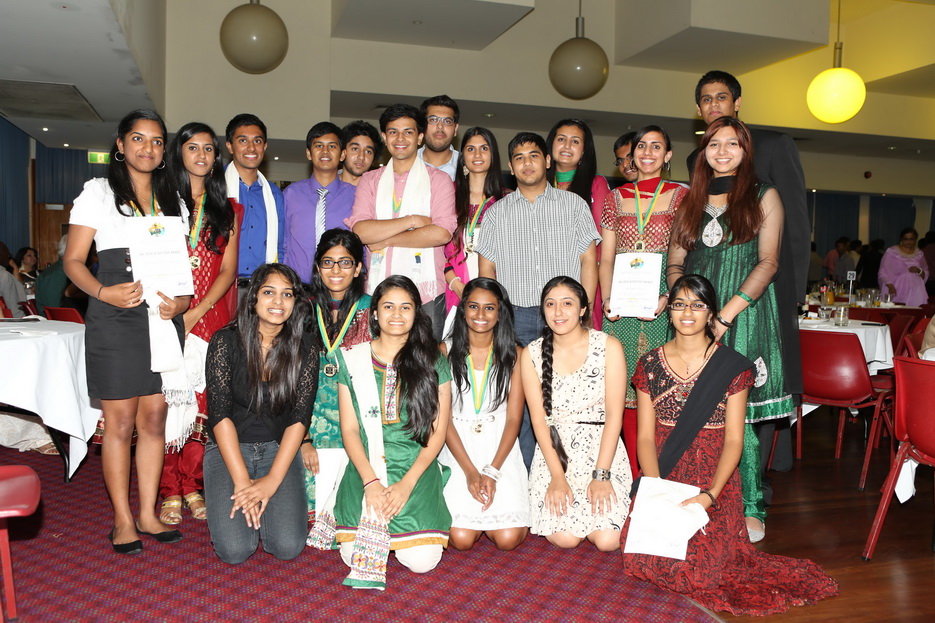 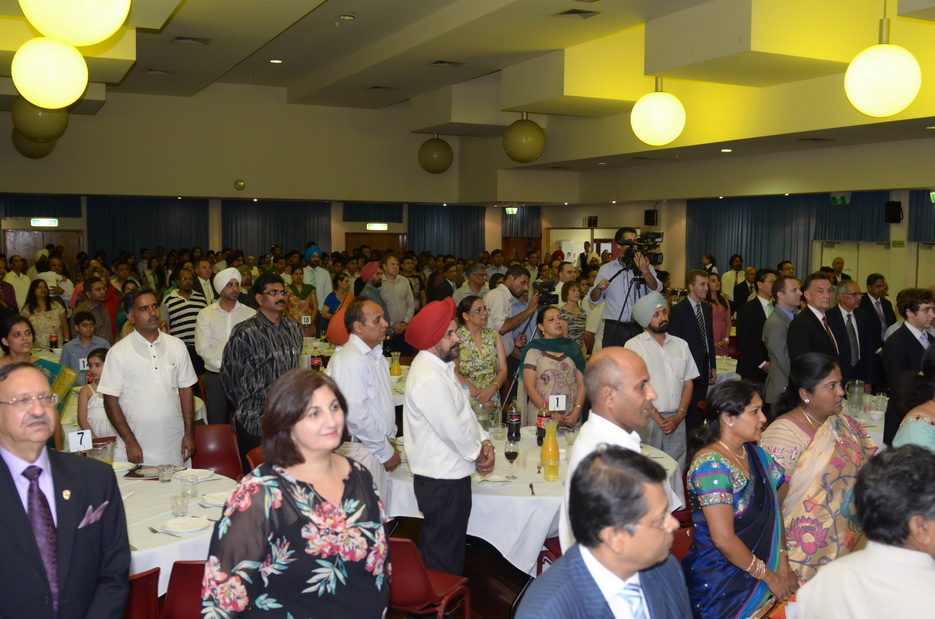 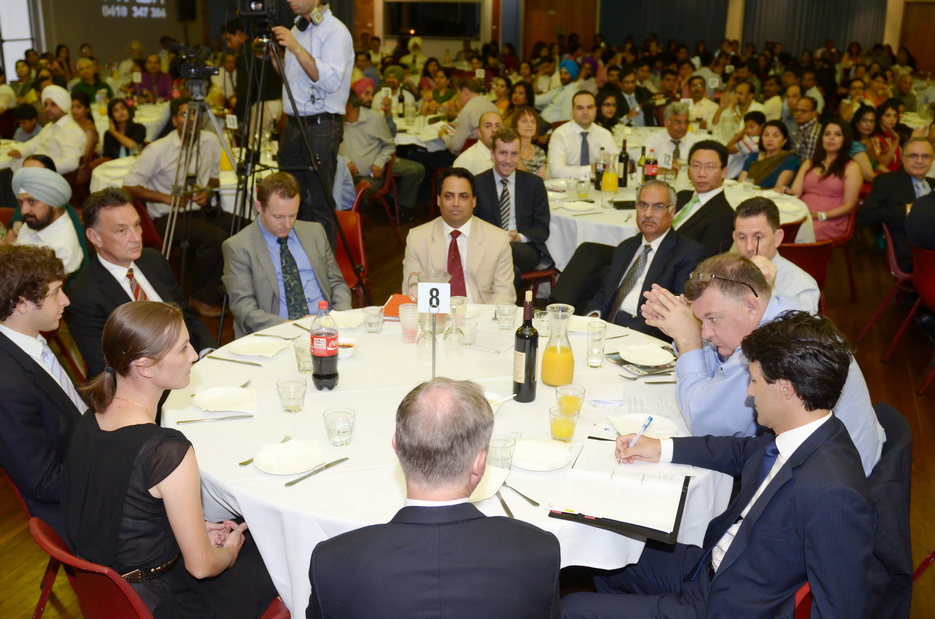