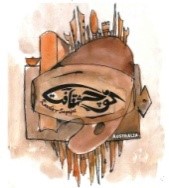 Qavi Khan is a Pakistani film and television actor. He has also worked in Radio Pakistan and on stage. One of the veterans of the Pakistani media industry, Qavi Khan has acted in over 200 movies and has performed in countless different TV roles. He is a living legend and has enjoyed success on almost all levels. Since the Pakistani Hollywood industry faltered, Qavi stopped working in movies and took over television roles.

He started his showbiz career in 1964, and is still active today. Qavi Khan was also a very famous stage artist, with his association with theatre going on for over 45 years. He has been on the governing panel of the Alhamra Arts Council for over 25 years.

Koocha e Saqafat Australia will be presenting another unique show for its audiences in Sydney on Saturday,5th of March 2016 at Strathfield Town Hall. Function will be start 6:30pm.In this event, Qavi Khan, Javed Rizvi and Uzma Gilani will be presenting 3 stage performances.

Javed Rizvi is another very talented stage and TV actor of Pakistan. He has appeared in many performances in the last 40 years which portrays his versatility and expertise in the TV and Theatre industry.

If there is an actress who defines the word legendary in the realm of the Pakistani television, it is undoubtedly Uzma Gilani who deserves the honour. One of the most talented and inspiring actresses produced by Pakistan, Uzma has left no stones unturned to explore the artistic streak she possesses and has been performing with the same zeal and passion for over three decades. 1981’s ‘Panah’ won her Pride of Performance Award.

The stage performances will comprise of 3 episodes which are as follows:

Koocha e Saqafat has previously presented several successful shows which were highly appreciated by the audiences. These include, “This is Pakistan”, “Batain Fun Ki, Yadain Mun Ki”. The first Islamic calligraphy exhibition in Sydney and several others.