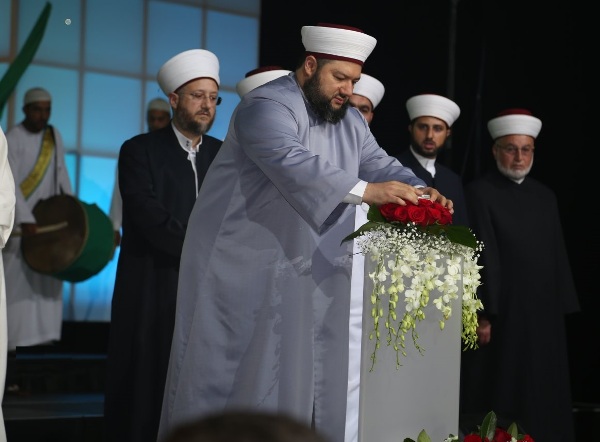 An awe-inspiring and noble multiethnic commemoration organized by the Islamic Charity Projects Association in joint voluntary venture of many Sydney Islamic Associations under the patronage of Darulfatwa Australia surpassed all expectations at the annual Multicultural Mawlid Concert held at the Sydney Olympic Sports Centre in Homebush. 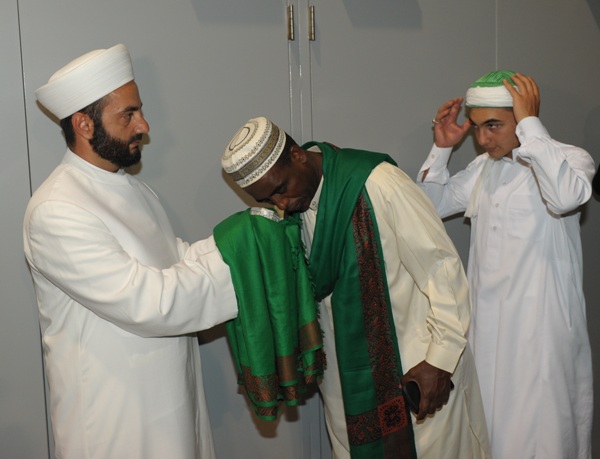 Thousands upon thousands of enthused devotees assembled to commemorate and honour the unmatched birth, life and Honourable teachings of the best of all leaders, Muhammad peace be upon him.

The superb layout, performances, organization and professional coordination that unfolded over three hours was enough to set the crowd alight with delight and ecstatic fervor. 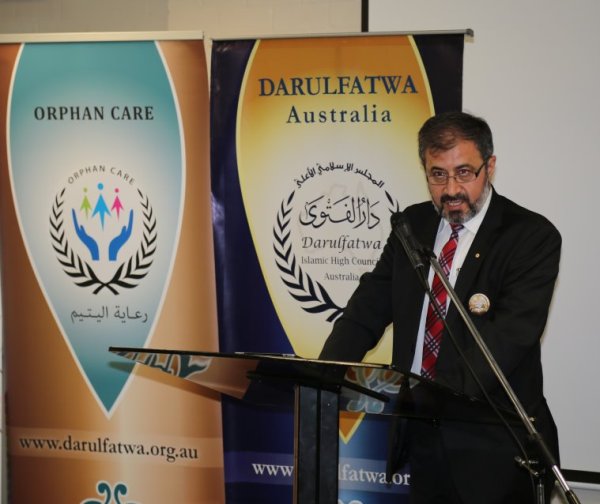 The Chairman of Darulfatwa Dr. Sheikh Salim Alwan, was joined at the event by numerous dignitaries, and community leaders.Among those present at the event were the Parliamentary secretary to the Minister for social services; Senator Conchetta Fierevanti-Wells, the Federal Member for Berowra; Mr Phillip Ruddock, 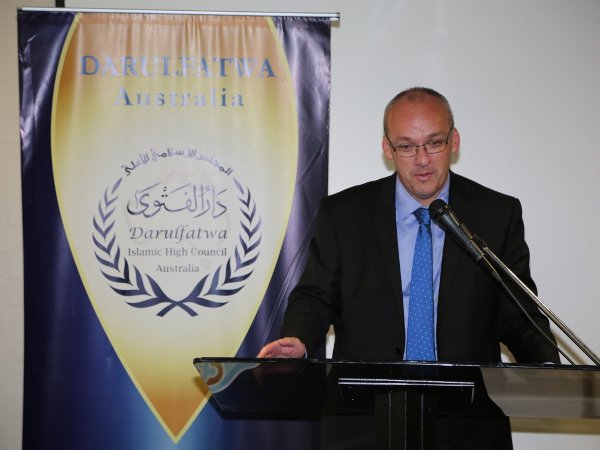 the NSW Opposition Leader; Luke Foley, the Member for Liverpool; Paul Lynch, Labor Candidate for Lakemba Mr Jihad Dib the President of the ICPA – Dr. Ghayath El-Shelh OAM, other distinguished Sheikhs, Imams, Councillors, community leaders, Islamic organizations and media representatives.With the unwavering sounds of drums and symbols and the swaying of honourable flags, the drumming band (Nawbeh) sparked the initiation of the grand commemoration as they entered the arena. 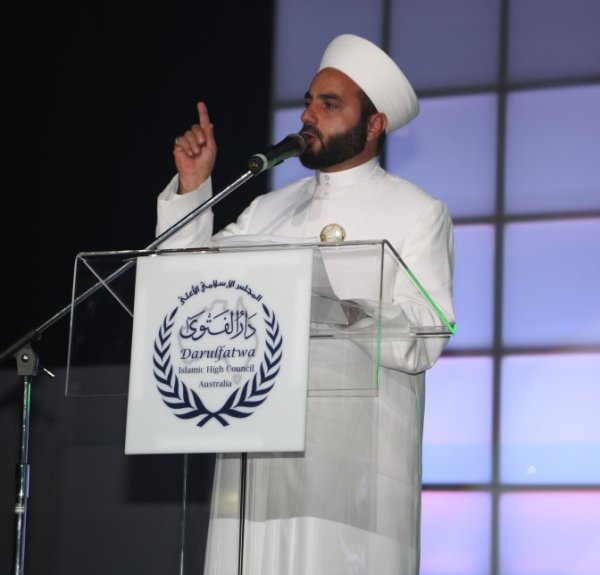 Then in a display of remarkable pledge of love and devotion to Prophet Muhammad peace be upon him, Sheikh Ibrahim El-Shafie reiterated the unwavering message that Muhammad enlightened and engulfed the world with his guidance and beauty. He then prompted the audience, both young and old to vociferously, determinedly and confidently repeat together with a unified voice this year’s Mawlid slogan in both Arabic and English: “The guidance of Muhammad is the light of the world”, a loud and proud testament which shook the showground. 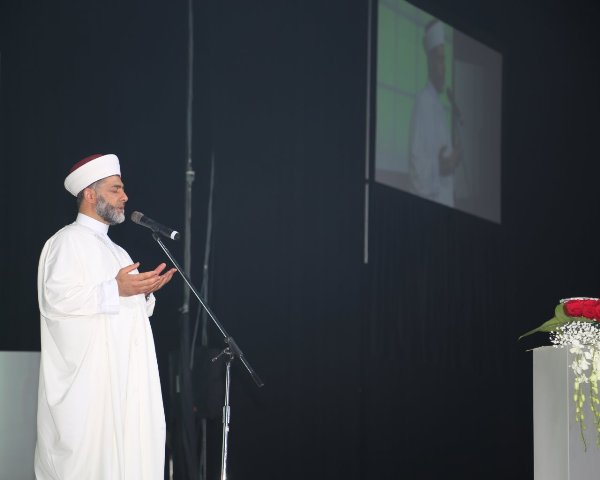 The concert also featured the internationally renowned Qur’an reciter and chanter, Hajj Muhammad Marouf Karanouh who added to the exquisiteness of the event and delivered a high Caliber of festivities. With his noble recitation of a few verses from Surat Al-Ahzab, the chapter of the holy Qur’an that talks about the revelation of Prophet Muhammad peace be upon him, the spectators were able to indulge in pure integrity and uprightness.
In his welcoming speech, Chairman of Darulfatwa Australia, Dr. Sheikh Salim Alwan Al-Hussainyy assured everyone that the teachings of Prophet Muhammad peace and blessings be upon him stand for moderation, security, unity and productivity.The back-to-back program had a unique and unremitting flow that saw an enormous crowd elated with smiles etched on their faces. 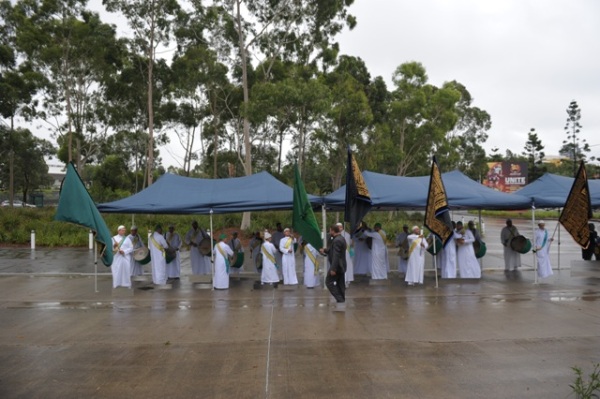 The performers echoed a diverse Muslim representation with their spectacular musical renditions and vocal symphony including groups from the Arabic, Sudanese, Turkish, Pakistani, Bosnian, French and African communities who have been training with the renowned vocal maestro of the Islamic Charity Projects Association. 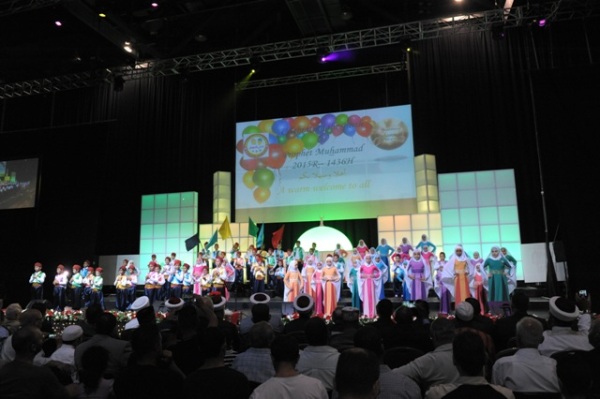 Needless to say, the Kids Chanting multicultural performance once again captured the audience with their multi-coloured attire, devotional words and brilliant presentation that reflected the honour and prestige of Prophet Muhammad peace be upon him and ended in a remarkable display of fireworks.
Another powerful multilingual performance with catching rhythm and impassioned lyrics evoked a passionate response from the audience. The multilingual musical presentation ‘Muslims of the World’ imparted a significant message about the proper stance that Muslims take on terrorism. It’s not only a spectacular example of melodic flair, but more prominently a powerful and influential expression of Muslims standing against acts of terrorism especially those done in the name of Islam. 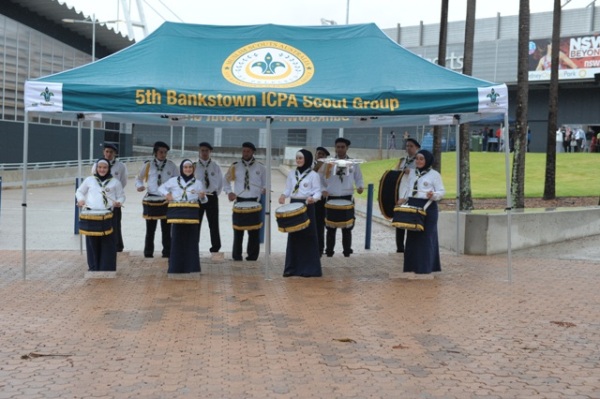 Among the lyrics of the musical piece are:
“We all denounce terrorism. We stand against it in deed and word. This is our belief, our unwavering ideal. And we are the Muslims of the world”. With those words, the Mawlid concert served another one of its momentous purpose of projecting the moderate teachings of Islam. 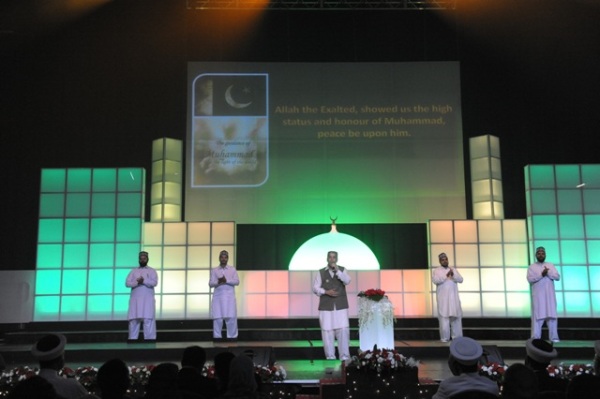 But to everyone’s surprise, a loud melodic drumming sound could be heard as the Nawbeh band came closer to the centre of the stage. It was the unanticipated entry with the hair of the prophet peace be upon luminously sealed and protected in glass and held by the Chairman of Darulfatwa Australia, Dr. Sheikh Salim Alwan Al-Hussainyy who was powerfully escorted by a marvelous and gracious line of dignified sheikhs and Imams. Soon after, the audience applauded loudly as a large display of fireworks engulfed the stage where the dignified sheikhs and imams were standing. 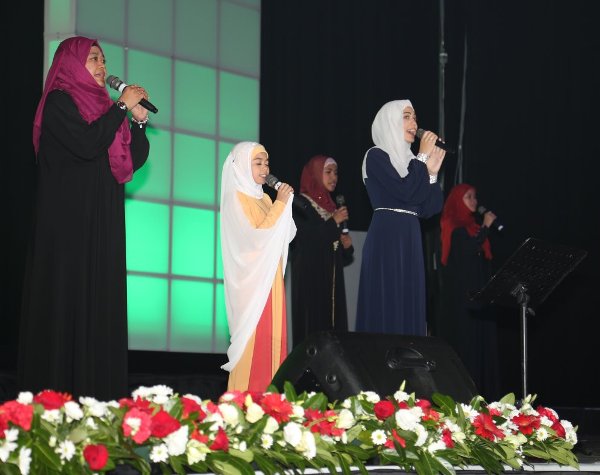 The Muslim Community Radio was indeed instrumental in the months prior to the commemoration in broadcasting the festive occasion on its 92.1 FM airwaves and with live internet streaming accompanied with commentary during the event. 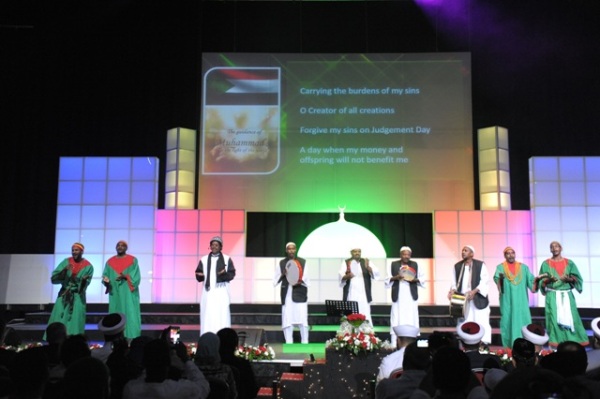 After the formal program of the event came to a close with a humble supplication made by his eminence Sheikh Bilal Homaysi, the attendees were invited to make their way outside to seek blessings from an honourable and authentic piece of hair of the prophet that was passed down from generation to generation. 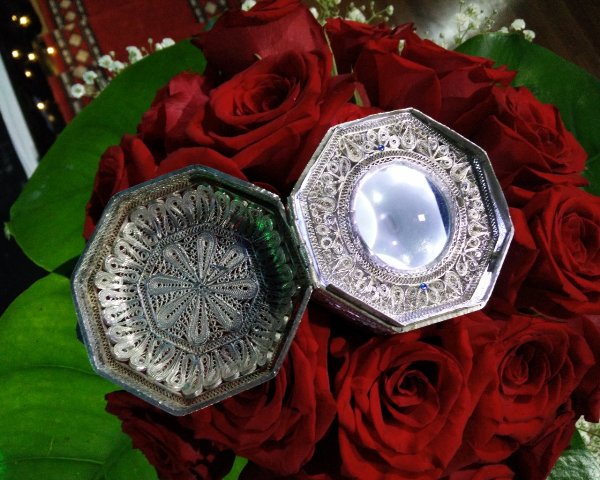 The Hair of prophet Muhammad PBUH 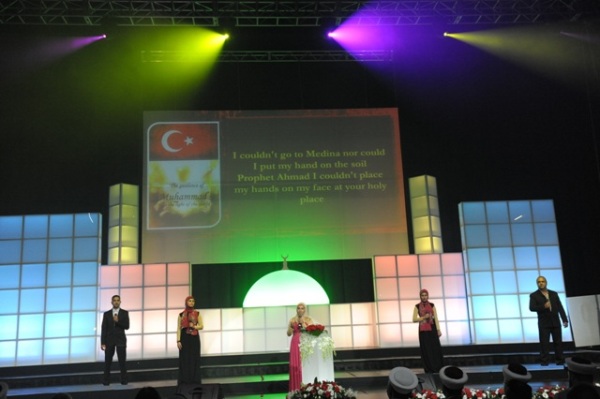 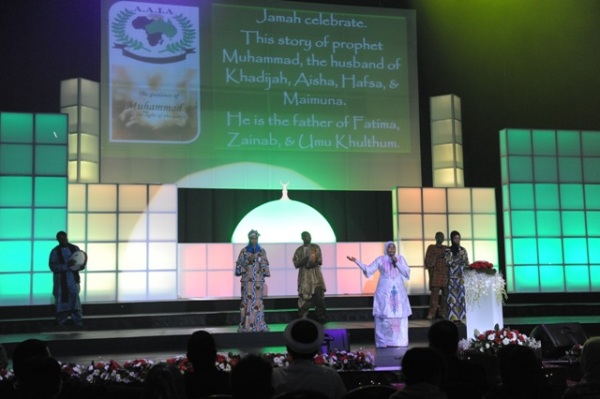 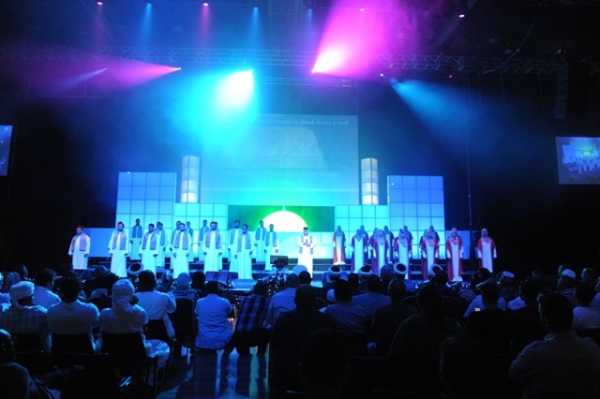 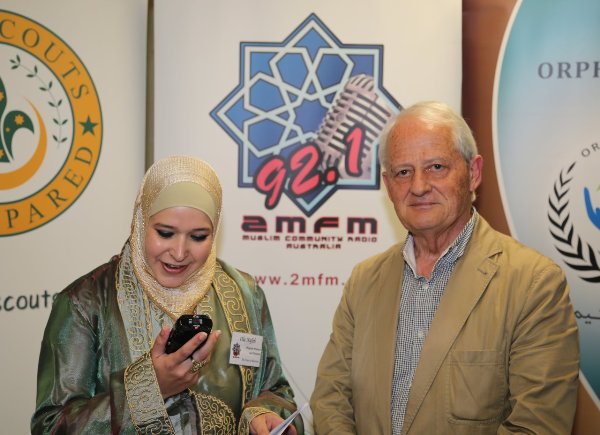 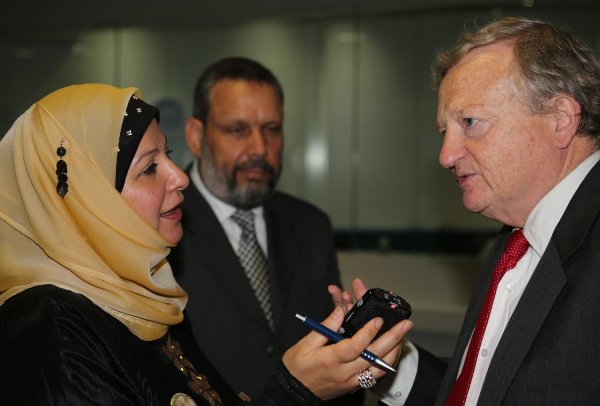 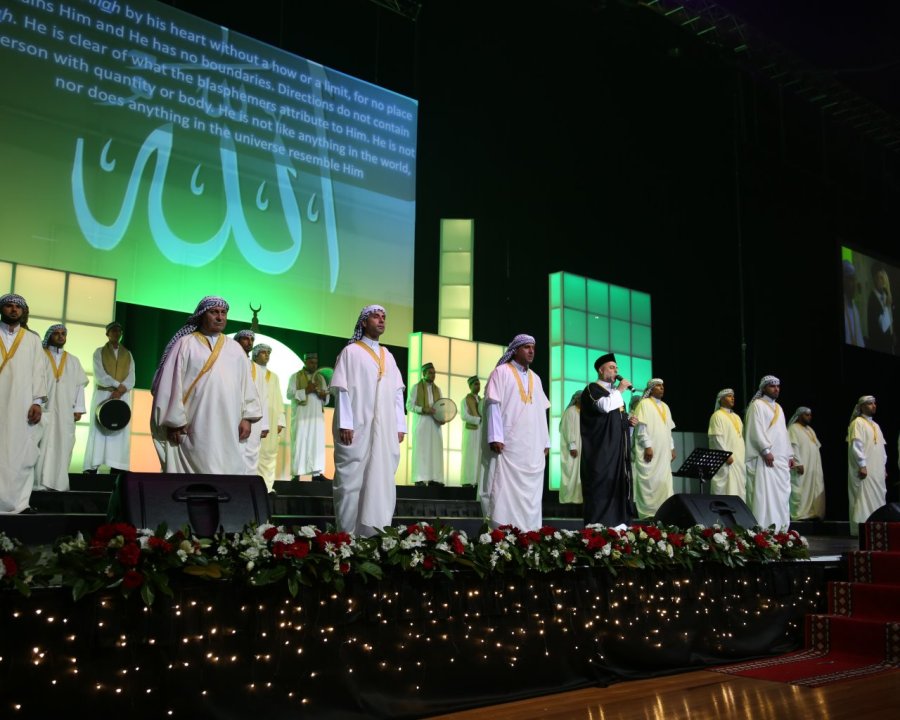 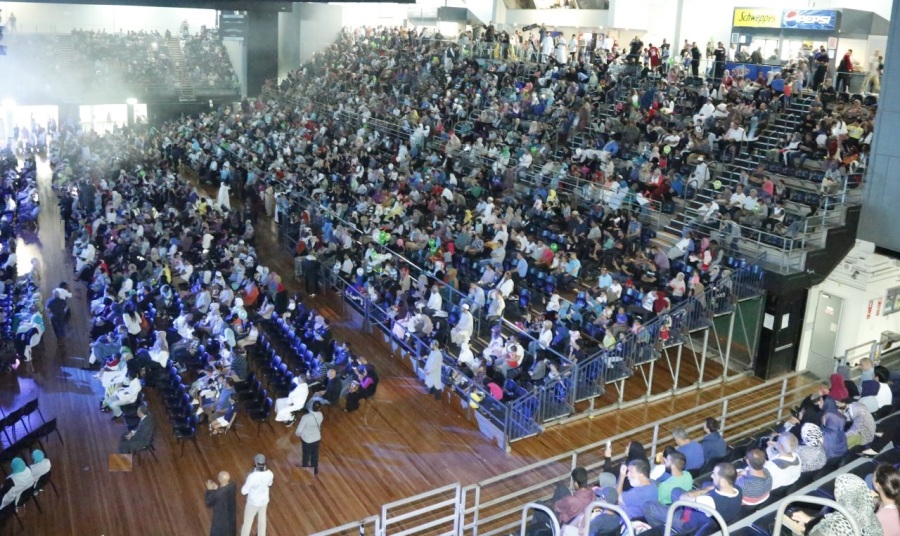 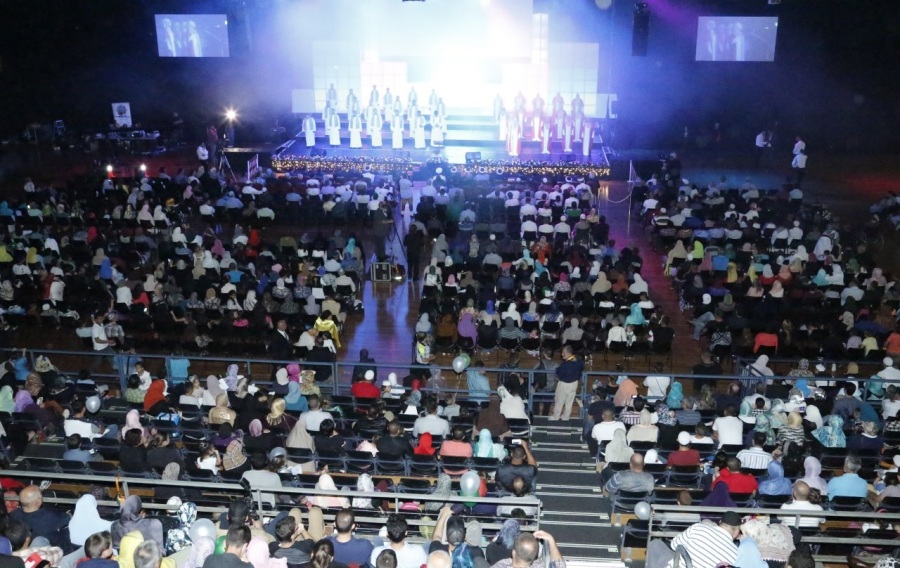 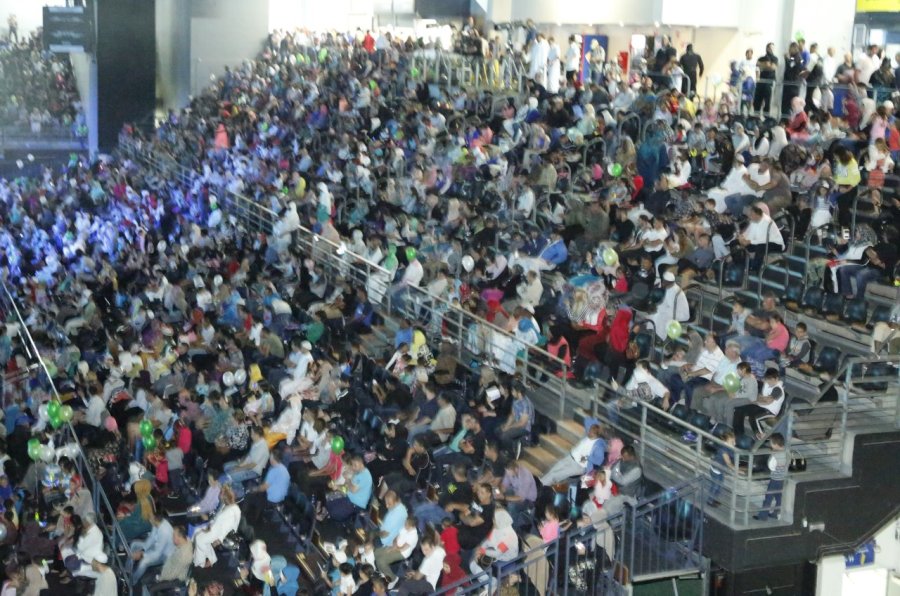 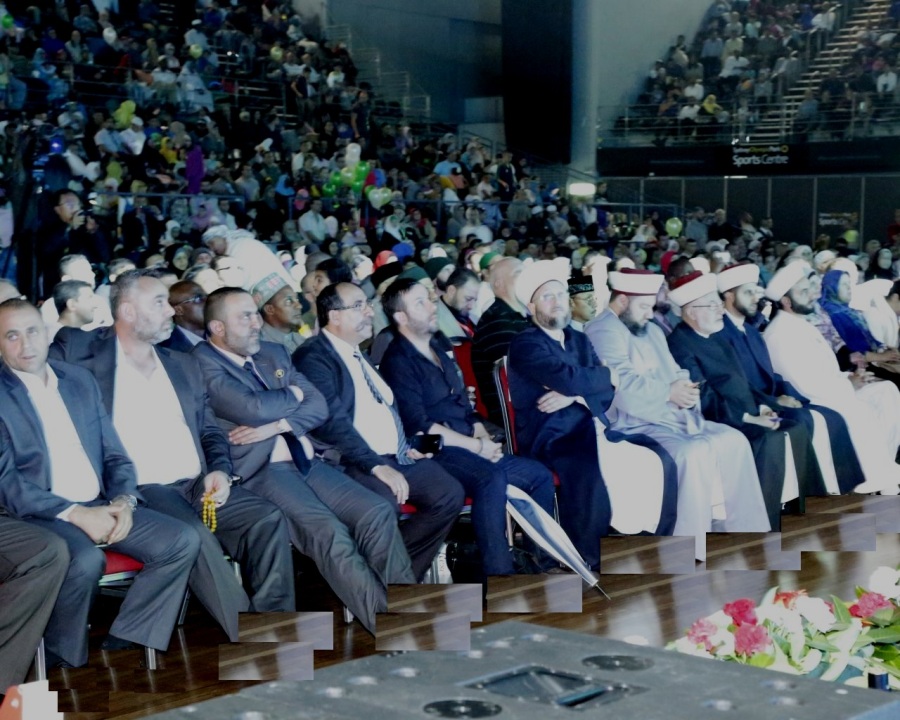 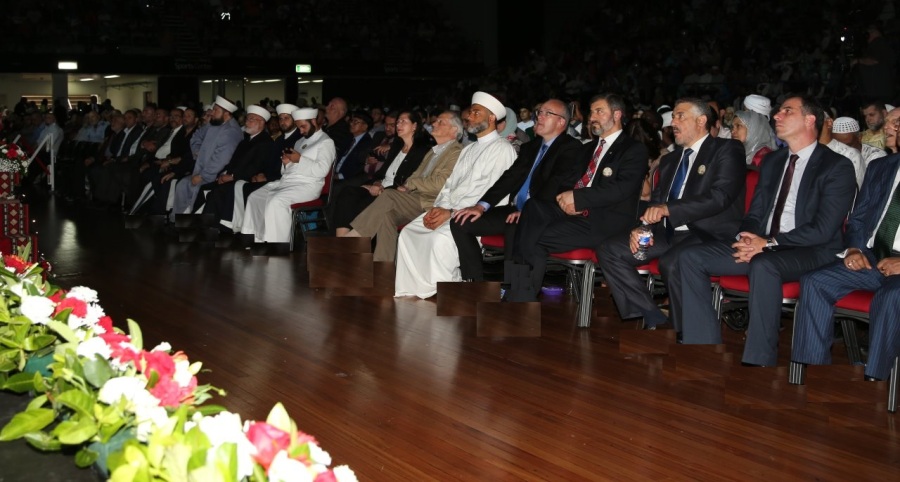