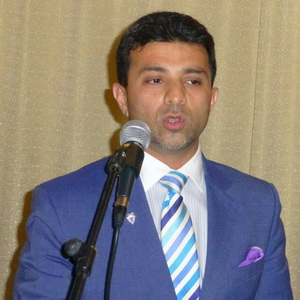 The Community Welfare Counsellor of the Pakistan Consulate Sydney NSW Sardar Balakh Sher Khosa finally ended the confusion by saying those who wanted to vote would have to fly home. Sardar Khosa said that Pakistani expatriates will not be able to vote in tomorrow's elections. He said that the Election Commission of Pakistan (ECP) has ruled out any possibility for overseas Pakistanis to vote in this election. The Presidential signing of ordinance cannot be applicable for 2013 elections and has not yet been notified.

Secretary ECP, Ishtiak Ahmed Khan has said that “It was the desire of all the stakeholders that overseas Pakistanis should be given the right to franchise in 2013 elections but limited time has become a major hurdle.” Secretary ECP also said that at this point it would be very difficult for the ECP to make arrangements for around 4.5 million Pakistanis living in various parts of the world to give them voting facility in just a few days.