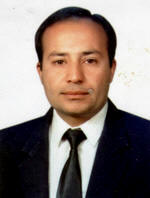 Pakistan International Airlines is in financial crisis and recently the higher Authority of PIA has decided to close down the office in Australia due to it becoming non profitable. PIA office Sydney was established 35 years ago. Mr. Tauqir Khan, Arshad Javed, Shahid Afzal Khan, Syed Sarfaraz Zaidi, Nouman Munir and Nadeem Jaffer worked as  the PIA Managers.Every Manager at his capacity, tried to get more and more Passengers for PIA.

PIA office at Sydney will be closed from mid-September 2013. Syed Nadeem Jaffer was the last Area Manager for Australia & New Zealand.He Left Sydney in 2011 and joined Head office Karachi as a Senior Executive. Until Now Pakistan International Airlines did not appoint new Manager for Australia.

Mr. Nadeem Jaffer worked hard for Pakistan International Airlines, he personally contacted all travel agents and requested the promotion of PIA Business. Mr. Nadeem was very close with the Pakistani Community and always requested everyone to Travel on PIA. For better communication, he also shifted PIA office at the best city circle of Sydney. It is true that since last few years, PIA Economy class passengers were getting improved facilities and food of high quality but Timetable Schedule of Flights and Long Transit stay was not suitable for passengers who were traveling from Australia to Pakistan.

Sada-e-Watan Sydney and Pakistan Association of Australia awarded Mr. Nadeem Jaffer for his commendable work and he has been appreciated by the whole Community, but he could not save the PIA office in Australia. Mr. Nadeem Jaffer always promoted the Idea to start PIA Flight from Singapore to Sydney & Melbourne but the Management of PIA never agreed with feasibility report due to high expenses of the new route to Australia. We still believe that PIA has the capability to turn a profit from the Australian sector.