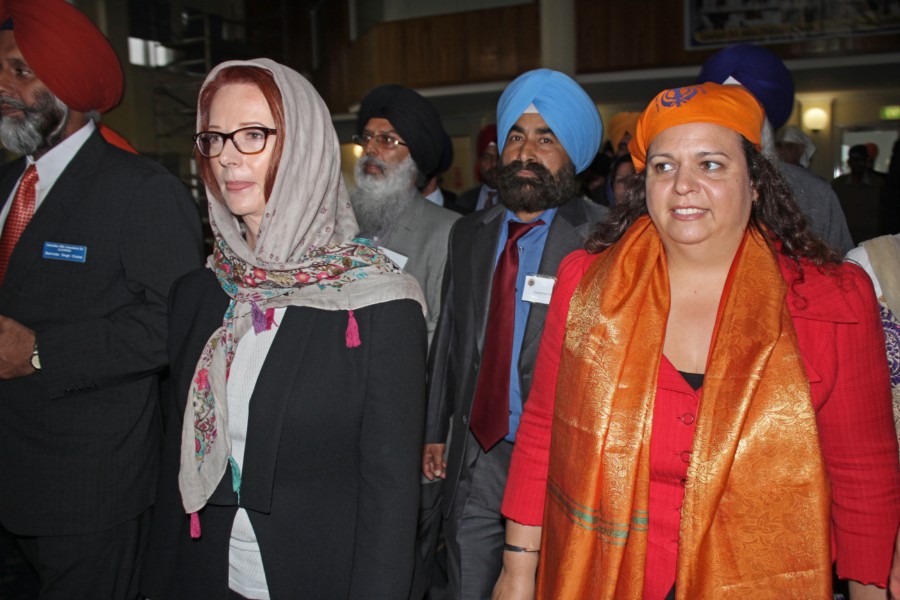 On the afternoon of Sunday,19th May 2013,Hon Julia Gillard became the "First Australian Prime Minister" to visit a Gurudwara in Sydney Australia.The Gleenwood Gurudwara was lucky to host the Prime Minister Gillard, where she was given a rock star treatment by about 1500 people present.

What was surprising that this was a working day and the invite to the community was sent out in matter of hours.After meeting the committee, the Prime Minister accompanied by the Member for Greenway Michelle Rowland took a tour of the kitchen where they were told about the langar.

Prime Minister wearing a headscarf knelt on the knee and paid respects to the Guru Garanth  putting her contribution in the charity box.She sat with her legs folded and listened to the holy songs prior to the speeches by the four committee members. During their speeches and also in their private meeting the committee members told of the issues facing the community.

Some of the issues included were ILETS tests, issues of some members of the Sikh community who have been arrested in Indian airports when they have travelled from Australia, a Canadian skier who had been lost for about a week, wearing of Kirpan at public places, wearing Turbans and about over 5000 Sikhs who were massacred in 1984 in India. 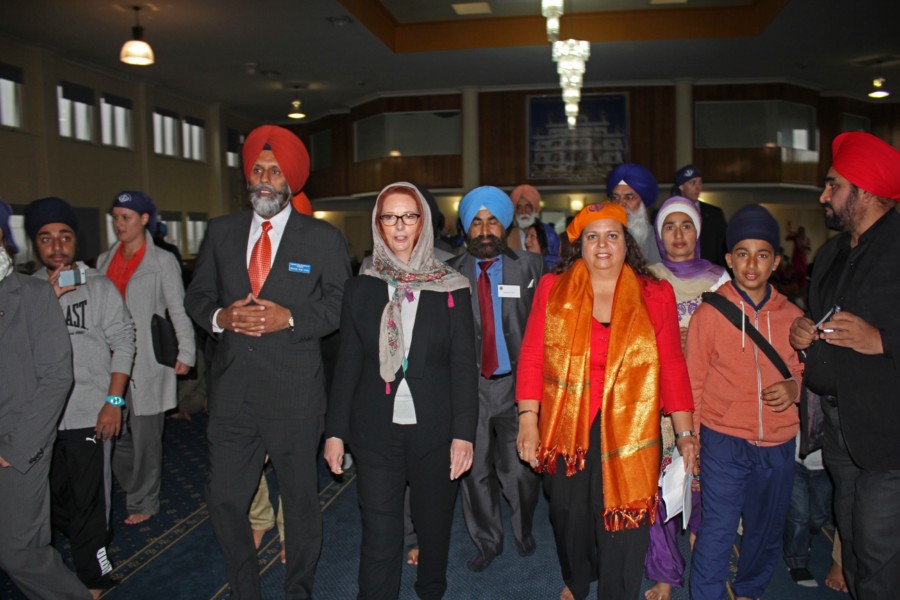 The president of the Australian Sikh Association Mr Balvinder Singh in his speech noted a great deal of achievement by the prime Minister and also noted her recent work in Gonski Reform and her success in National Disability Insurance Scheme.

Prime Minister note of the Sihk religion, “Sikh teachings provide all of us with the necessary tools to live happy and fulfilling lives.

“I thank the Sikh community here in Western Sydney and throughout Australia for your wonderful contribution to making our nation a stronger place.We can all learn from the lessons of Sikhism as they are truly universal notions that will only work to strengthen our society.

“The ideals of honesty, equality, loyalty and protecting the weak are truly admirable qualities that must be protected and passed on by all people regardless of their religious background.

“I would like to wish everyone a happy Vaisakhi   and again thank the entire Sikh community in Australia for their work in making our multicultural nation the best it can be. 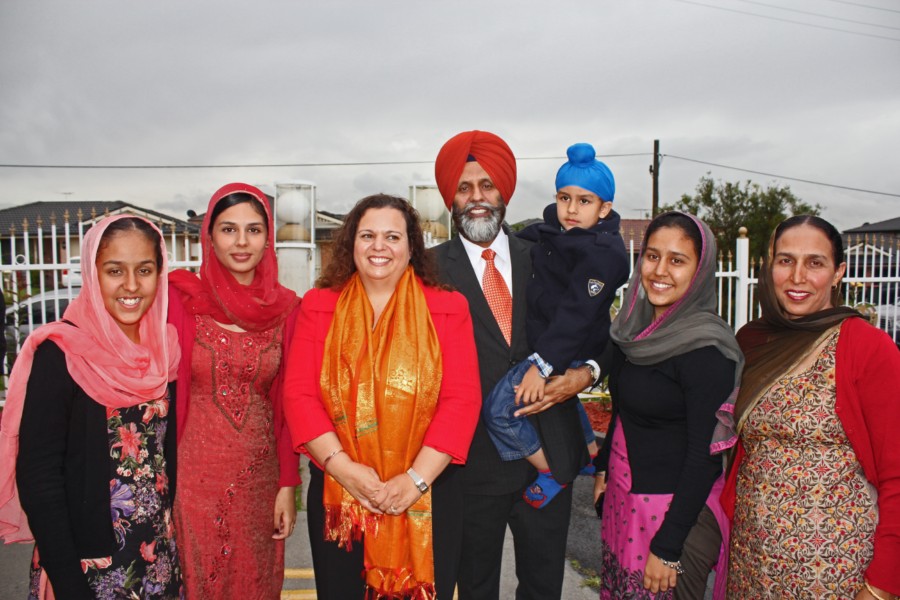 “Michelle has been talking to me about coming out to the temple to say hello to the Sikh community and I’ve had a wonderful time,” she said.

She further added “It’s a tremendous privilege to be the first prime minister to visit a Sikh temple; it shouldn’t have taken so long. I’ve learnt some valuable things and made some valuable friendships.”

“I just very much enjoyed being here,” she said.

“Michelle is a wonderful representative for this area. Michelle is making sure I understand of the needs of the community here and the issues important to you.

At the end of the speech Prime Minister Julia Gillard was gifted with an painting of the Golden Temple and took the photo with crowd who waited for her at the stair case.

“ It was a pleasure to have the Prime Minister make a historic visit to the Glenwood Gurudwara today said Member for Greenway Michelle “Kaur” Rowland..

“ The Prime Minister listened to the concerns of the community and spoke to the congregation".

“ It was fantastic to see her visit and I look forward to her visiting again in the future". 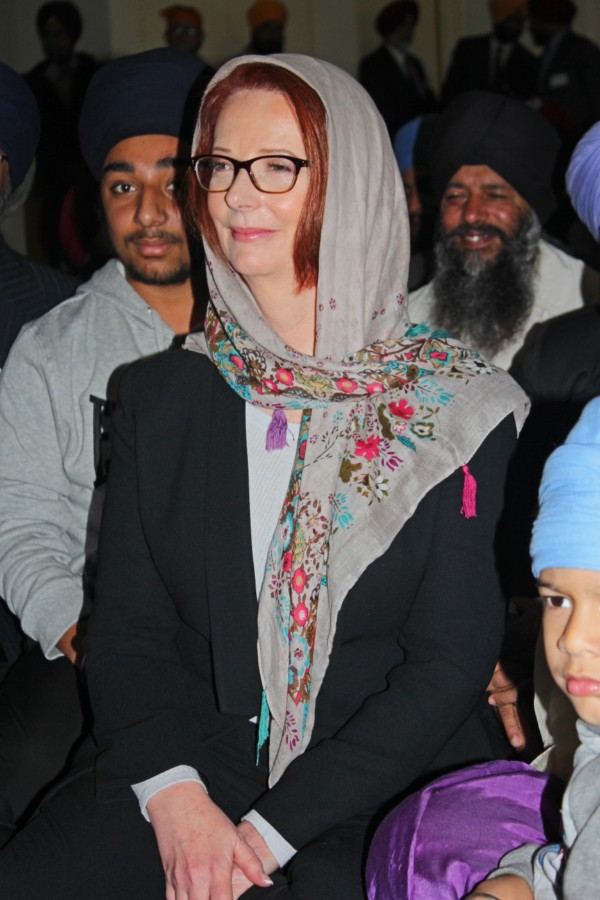 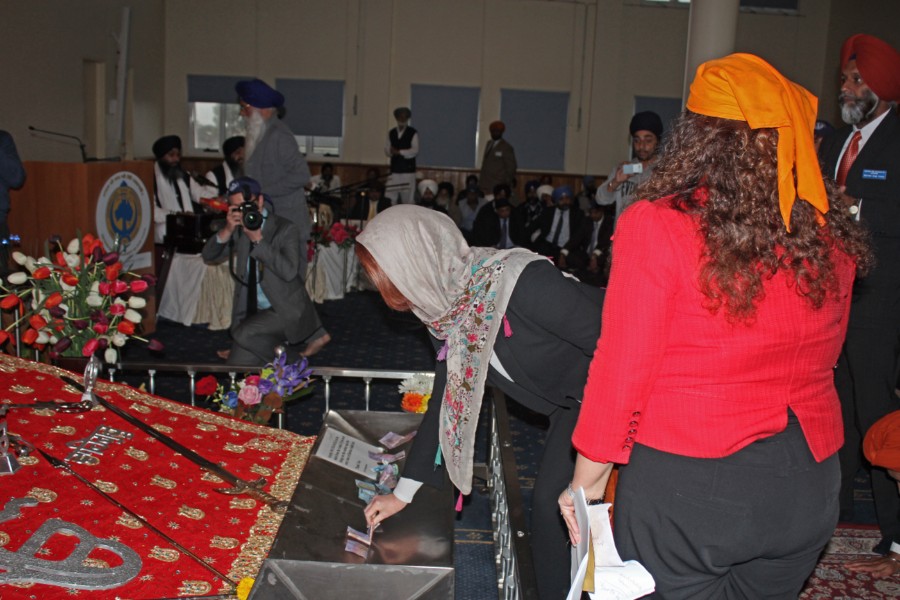 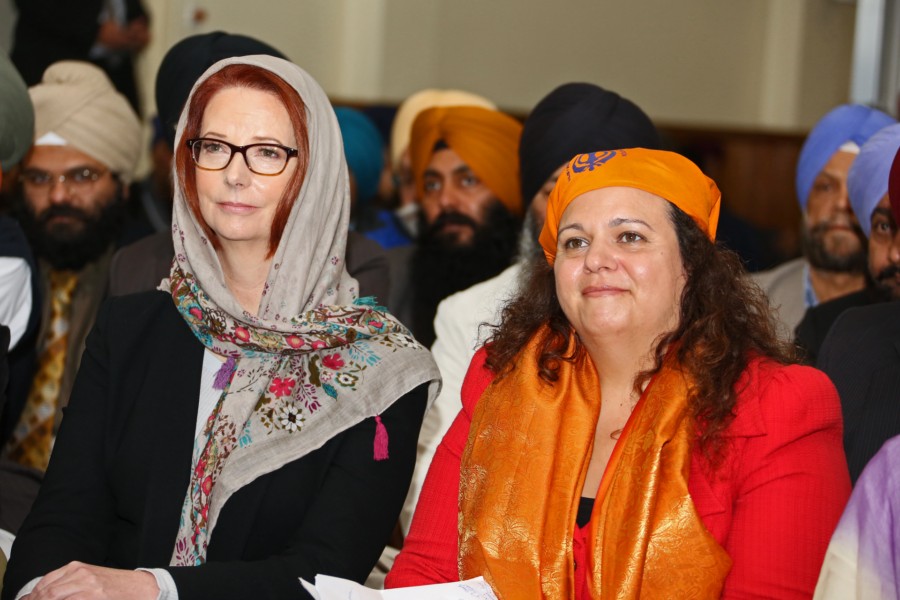 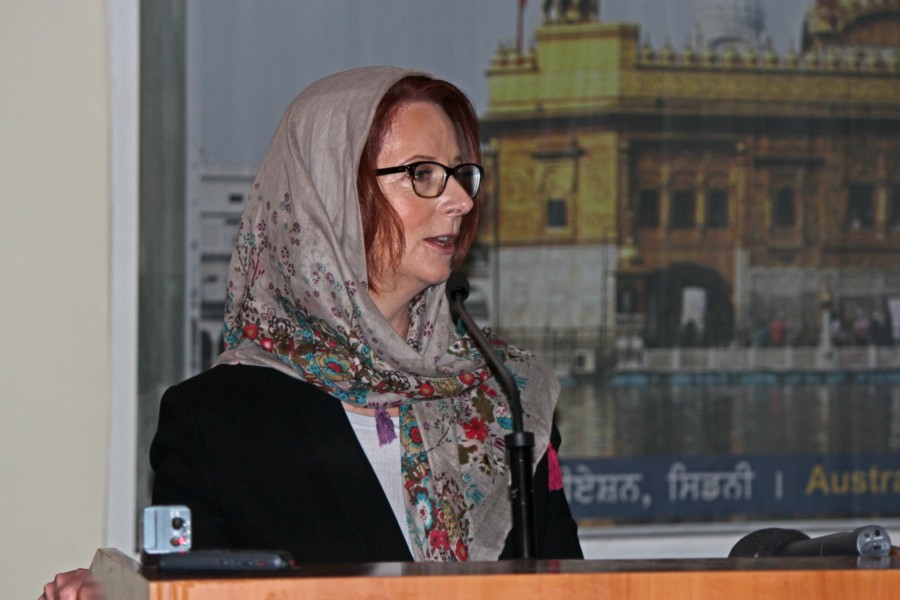 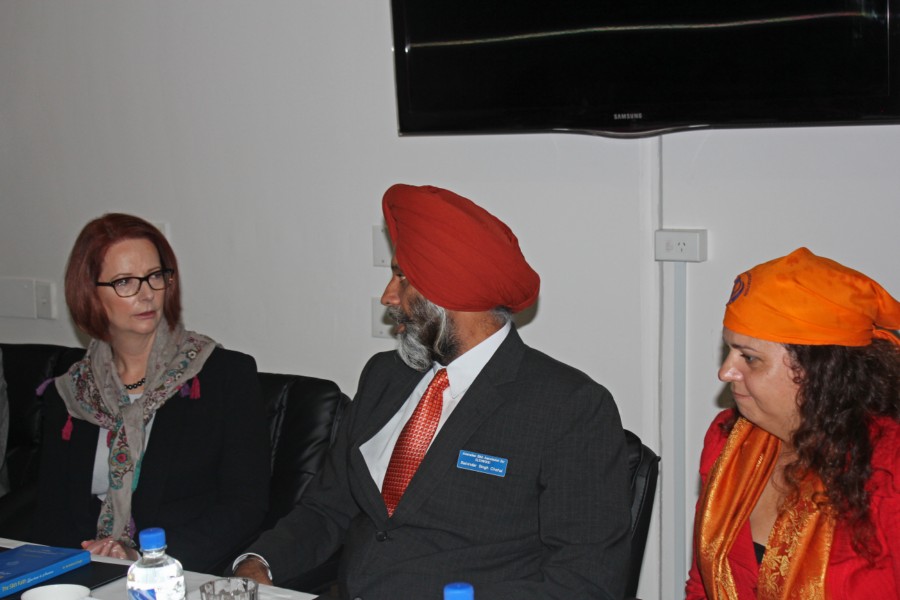 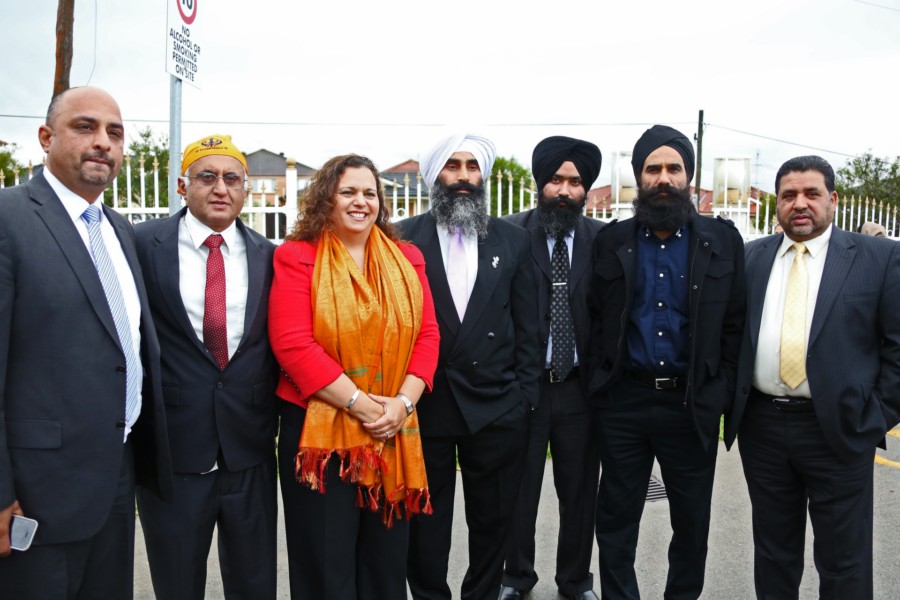 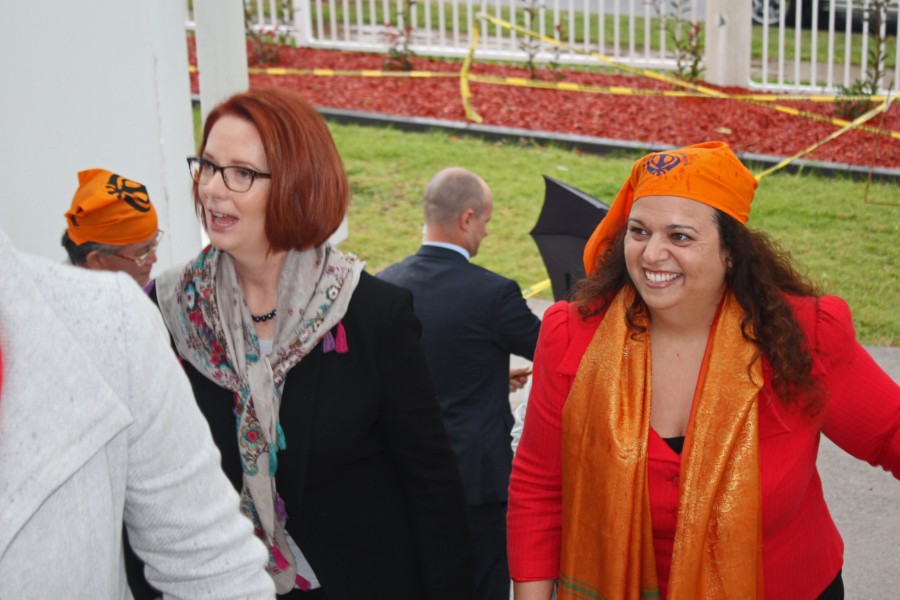 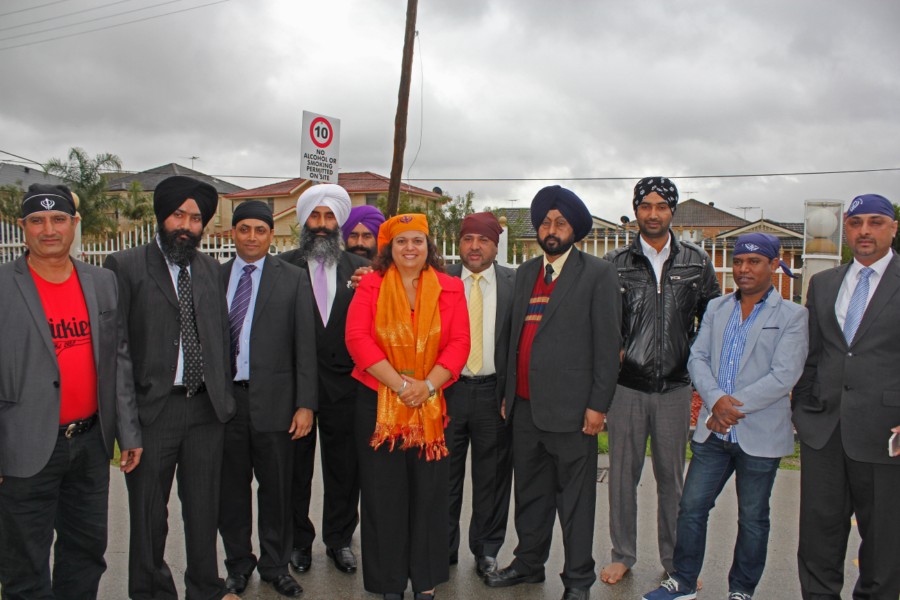 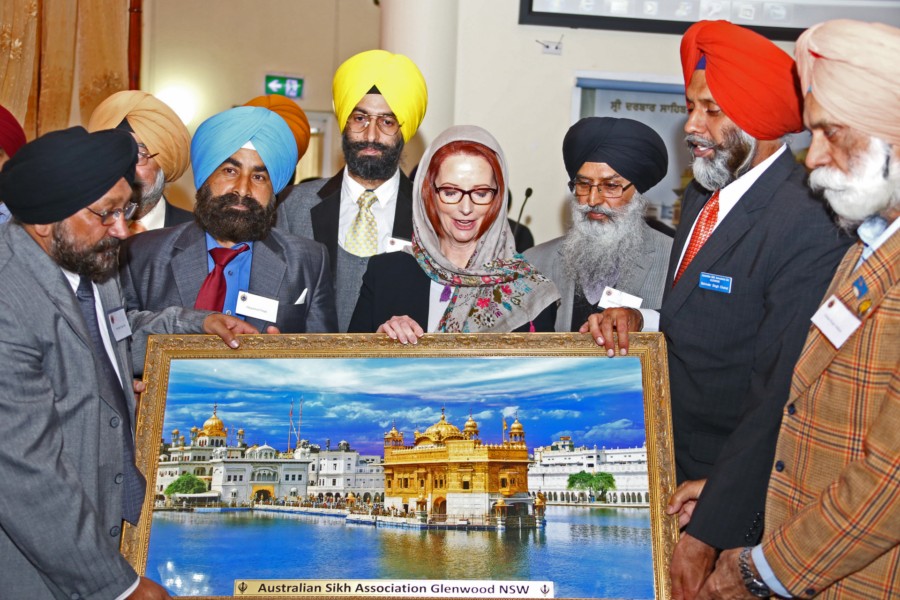 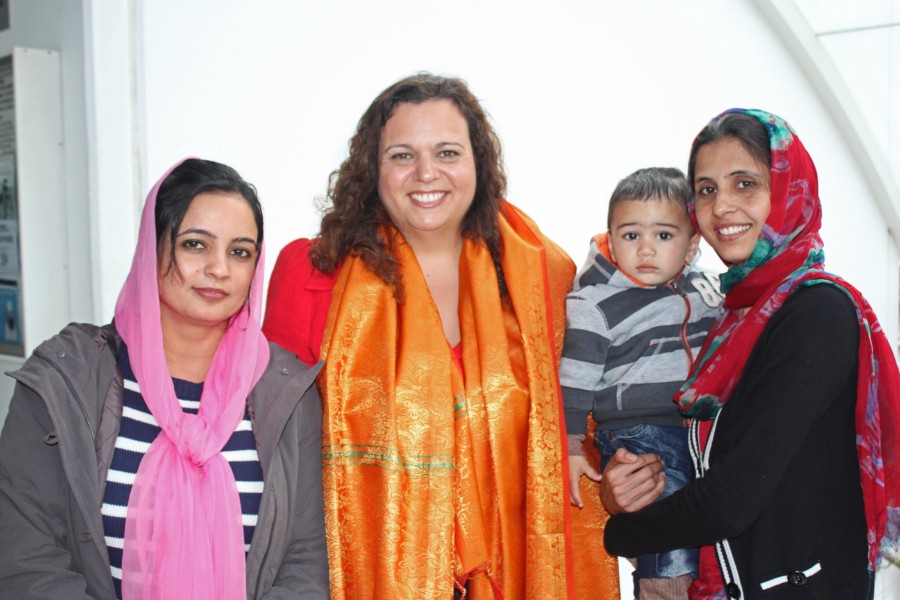 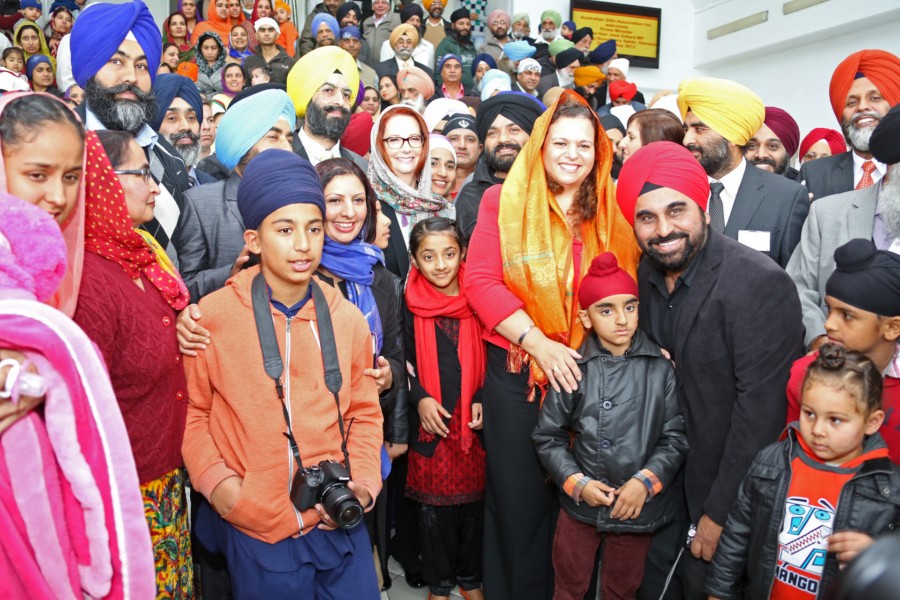