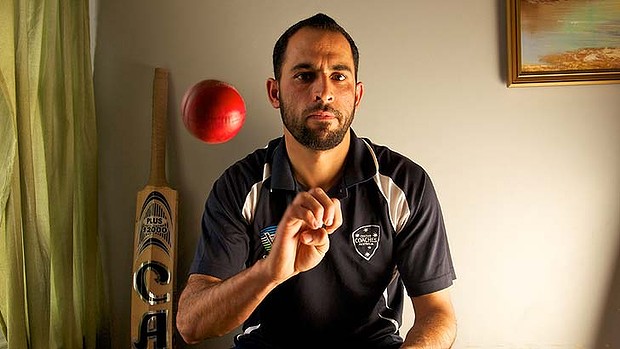 The Prime Minister’s XI cricket match has been an iconic sporting event for the last 25 years. The annual match helps Australia's upcoming cricketers gain recognition and allows them to play against some of the world's best players.

Played at the historic Manuka Oval in Canberra and with a scheduled attendance by the Prime Minister Julia Gillard, the match promises to be a decorated spectacle. It is the final hit out for the West Indies before the Commonwealth Bank series against Australia and will be enjoyed by the community in Canberra.

“We are hoping that the Canberra skies will be clear for this historic occasion, that being the first match played under lights at Manuka Oval,”

“The PM’s XI has been the breeding ground for many of our cricketing stars and I am confident this match will prove to be no different.”

The Prime Minister’s XI for the one-day match against West Indies includes three Australians of Indian Sub Continental origin. The match will be played at Manuka Oval, Canberra on 29th January 2013.

Pakistani-born left-handed batsman Usman Khawaja, Indian-born Gurinder Sandhu and Fawad Ahmed, a 33 year old refugee of Pakistani origin have all been included in the squad.

Gurinder Sandhu and Usman Khawaja have been two of the better performers in what has been a woeful season for the Sydney Thunder. Khawaja was the leading run scorer for Sydney Thunder and was also included in the Australian One Day International squad for the series against Sri Lanka. Sandhu has previously represented Australia A and was one of the better bowler's in his outings for the Thunder during the KFC T20 Big Bash League.

Fawad Ahmed has been in outstanding form in grade cricket this season, prompting the Melbourne Renegades to call him up to their squad as a local player in the KFC T20 Big Bash. He has only been an Australian citizen for the past month after Immigration Minister Chris Bowen approved his claim for refugee protection. Ahmed dons the number 23 Jersey for the Renegades and his bowling action has been compared to legendary leg-spin bowler Shane Warne whom he idolises.

Chairman of selectors John Inverarity hailed the inclusion of the multicultural Australians in the squad,

“With two Pakistani-born and one Indian-born player in the team, these talented players reflect the cultural diversity that exists within our pathway systems.”

Inverarity said "Fawad is playing for the Melbourne Renegades in the T20 Big Bash League and grade club Melbourne University … we are encouraged by his ongoing development,"

He added, "We have also been very pleased with the progress of Indian-born fast bowler Gurinder Sandhu, who has performed well for the Sydney Thunder following strong performances for Australia in last year's Under 19 World Cup."

The squad includes a mix of recognised and uprising talent. Ricky Ponting will captain the side with all three multicultural Australian players no doubt keen to make an impression on the selectors before the upcoming tours of India and England. The finalised squad is listed below,