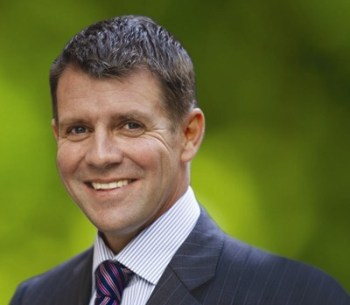 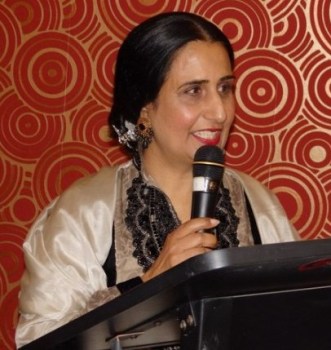 MESSAGE OF HER EXCELLENCY NAELA CHOHAN, HIGH COMMISSIONER FOR PAKISTAN ON INDEPENDENCE DAY 2015

I extend my heartiest felicitations on the auspicious occasion of 68th Anniversary of Independence to all my countrymen, particularly to those who are living abroad but their hearts beat with Pakistan. This is also the moment to offer our gratitude to Allah (SWT) for blessing us with our beautiful homeland.

2. Pakistan is our identity which was established with great sacrifices. This is a good occasion to review our commitment to Quaid-e-Azam’s vision for Pakistan – “the Pakistan Dream,” which was based on the rule of law, constitutionalism and democracy, striving for the prosperity, well-being, and security of the people, especially the poor and the marginalized.

3. It is a matter of satisfaction that the Pakistani nation has overcome overwhelming odds; its creation and very survival in the early years was seen by many as impossible, but in the first decade after independence a shared moral purpose and dedicated leadership changed the impossible into the possible. Today, we need to recreate the Pakistani Dream.

5. All possible steps are being taken to weed out extremism and terrorism from the country, and to ensure safety and security of the citizens. With the grace of Almighty Allah and the active support of the people, we will not only surmount all challenges. We need to renew our commitment and dedication to our homeland and work arduously for a peaceful, strong and prosperous Pakistan for our future generations. A home where they can live in dignity and respect. For this purpose, the nation has to demonstrate exemplary unity and solidarity at home and abroad.

6. Let us renew our pledge today that regardless of our personal interests, we will dedicate our energies for Pakistan and lead it to high level of development and prosperity as envisioned by Allama Iqbal and Quaid-i-Azam Mohammad Ali Jinnah.

7. It is time to recover the founding vision of the Father of the Nation and reinforce our efforts to achieve integrated goals of high levels of human development. One of Pakistan’s best resources in realizing these goals, is our Diaspora which has played a critical role in achieving these goals. I am proud of our diaspora for their contributions and achievements which have brought good name to the country of their origin.

8. On this occasion, I reiterate the words of Quaid-i-Azam 'Let's go forward, full of hope for the coming year's, with faith in our heart, unity in our camp, discipline in ranks, and I am confident of our success ... "
God be our saviour and guide. (Amin) 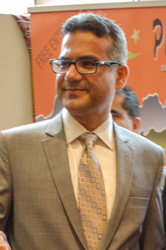 I am delighted to write this message of felicitations to the Pakistani community in Australia who is celebrating 69th Independence Day of Pakistan with national pride and fervour.

14August 1947 was the most crucial day in the history of Muslims of British India, when All India Muslim League (AIML) under the dynamic leadership of Quaid-e-Azam (Great Leader) Muhammad Ali Jinnah (1876-1948), achieved the greatest goal – a separate homeland (Pakistan) for the Muslims of the Indian subcontinent, on the basis of Two Nation Theory.

The concept of Two Nations, initially propounded by Sir Syed Ahmed Khan (1817-1898), was crystalized when Muslims of the subcontinent established AIML in 1906 and Jinnah, in response to a controversial Nehru Report (1928), delivered his fourteen points (1929) to the British Government for shaping the future political system of India. During the course of their history (1857-1940) the Muslims of the subcontinent were wandering from the ideas of one-nation to two-nation and unity to separate entity. 75 years ago, on 23 March 1940 their concept became crystal clear and they resolved to adopt an independent strategy to achieving the goal of separate homeland for the Muslims in the northwestern and northeastern provinces of British India. The demand was formally placed to the authorities through Lahore Resolution, which was later termed as Pakistan Resolution. They achieved it in 7 years of political struggle on 14 August 1947.

I am privileged and honoured to represent and serve the people and Government of Pakistan in Australia. Therefore, on this auspicious occasion, I cordially invite all members of the Pakistani community and other well wisher Australians in New South Wales to a Flag Hoisting Ceremony to be held on Friday, 14 August 2015 at 10.00 AM in Pakistan House at 5 Ryrie Street Mosman NSW 2088 Australia, to pay tributes to father of the nation and other national heroes. This is an open invitation to all the community members who are encouraged to participate in this national event and to display that Pakistanis are a great nation who love their homeland and salute their national heroes around the globe.

In the end, I wish all Pakistanis / Australian Pakistanis and all the Friends of Pakistan a very happy Pakistan Independence Day. Let us all join hands and make a commitment to strive for, and also pray the Almighty, to protect our nation from the challenges and the ordeals that our great country faces due to ever-increasing intolerance, extremism and terrorism.