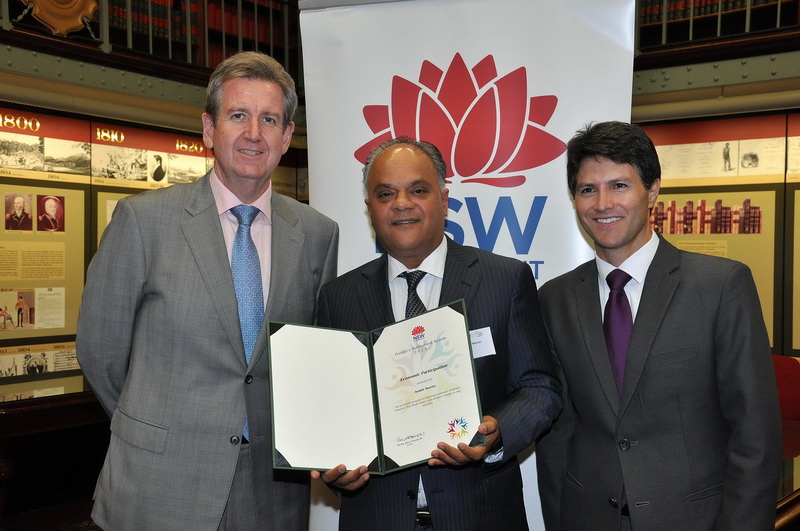 Nine outstanding leaders of ethnic communities in NSW have been recognised in the inaugural Premier’s Multicultural Awards.The winners were presented with their awards by Premer Barry O’Farrell at a ceremony at Parliament House in Sydney.

“These people are champions of their communities who have dedicated so much of their lives to advancing our multicultural society in NSW,” Mr O’Farrell said.

“The real heroes of multiculturalism are the leaders who advocate for their communities and work with government to promote harmony and achieve positive outcomes for all citizens.

“For that reason these awards place particular emphasis on the contribution of members of ethnic communities who work outside their communities and right across society.

“The NSW Government greatly appreciates the work that community leaders do and we hope in a small way they will inspire others come forward and play a similar role.”

Minister for Citizenship and Communities Victor Dominello said community leaders such as those who received awards today, reach out to others and help all citizens come to understand and appreciate the benefits of living in a multicultural society.

“These multicultural community leaders are greatly contributing to our culture, economy and way of life by building understanding and appreciation of our differences,” Mr Dominello said.

The awards program was administered by the Community Relations Commission of NSW and covered six key categories - Youth, Lifetime, Arts and Culture, Regional, Community or Interfaith and Economic Participation.

The Commission Chair, Dr. Stepan Kerkyasharian said today: “The success of our multicultural society in NSW today is due almost entirely to the unstinting dedication and hard work of leaders like those recognised by the Premier’s Awards.

“The work of the Commission would be greatly handicapped without the support and cooperation of these leaders”, he said.

The winners of the inaugural Premier’s Multicultural Awards are:

Miss Jasmeem Kaur Malhotra, for her outstanding service as a young adult in promoting multiculturalism to a vast variety of audiences. 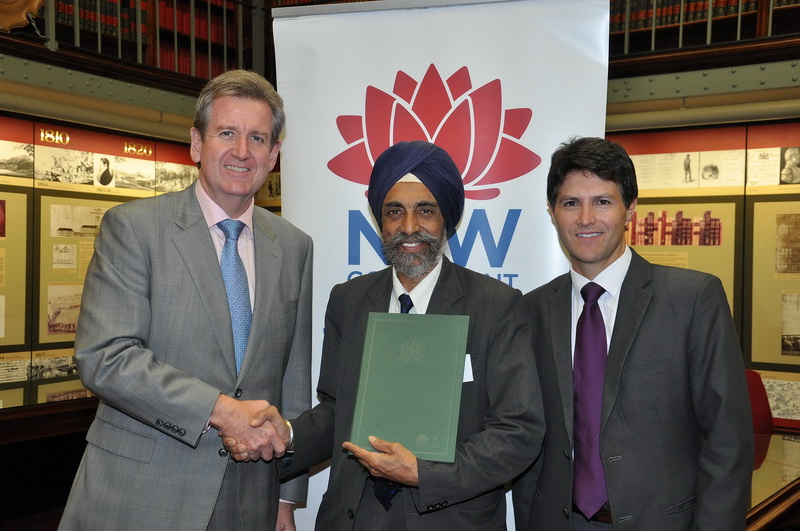 Ms Josephine Lacey, OAM, for her dedicated service over thirty years to the promotion of interfaith and inter-communal harmony, and achievements in multiculturalism spanning social justice, anti-racism, women’s rights and children’s rights.

Mr Anthony Mustaca, OAM, for his dedicated service over forty years in providing support, assistance and promotion of numerous charities and community organisations.

Mr Simon Chan for his promotion, through a range of voluntary activities, of multiculturalism across communities and organisations.

Mr Nasser Sedghi for his exceptional contribution in the promotion of multiculturalism in Dubbo and as a founder of the Dubbo Multicultural Festival.

Mrs Mona Goubran for her voluntary service to assist migrants, the promotion of art, and her active support and involvement with community organisations.

Dr Amin Hady, Imam of the Zetland Mosque, for his exceptional successful commitment to the promotion of interfaith dialogue, harmony and community development.

In recognition of his leadership of United World Enterprises in promoting trade between nations, predominantly in the agriculture sector.

A special citation and award has been prepared for Mr SudhirWarrier, in recognition of his entrepreneurship as Chairman of the Australian Cruise Group for providing employment and learning opportunities to its multicultural staff. 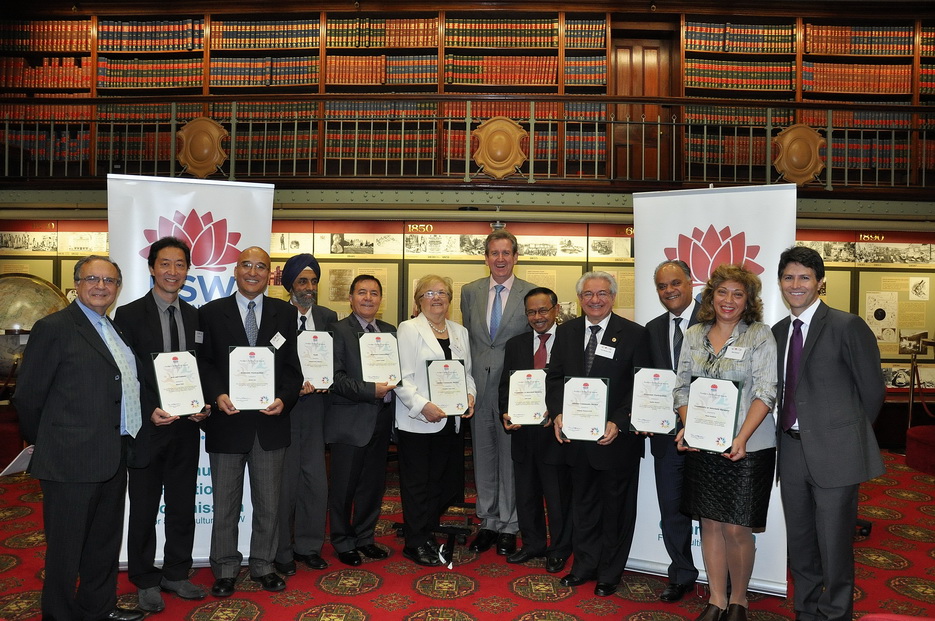 All the winners of the inaugural Premier’s Multicultural Awards with Premier Barry O’Farrell, Minister for Citizenship and Communities Victor Dominello & Chair of the Community Relations Commission of NSW, Dr.Stepan Kerkyasharian.