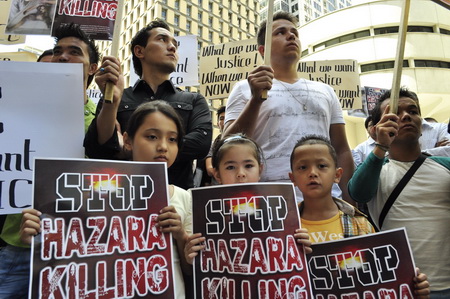 The Hazara community living in Sydney staged a demonstration on Wednesday 20 February, 2013 from 11 am to 2pm in front of the Consulate. Objective of the protest was to condemn killings of Hazaras in Quetta. 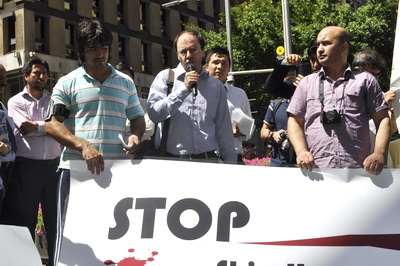 Representatives of the Hazara community wanted to visit the Consulate to hand over the petition. The Consulate offered to collect it from them at the site of the protest. The Consul General accompanied them to the place of demonstration and received the petition. 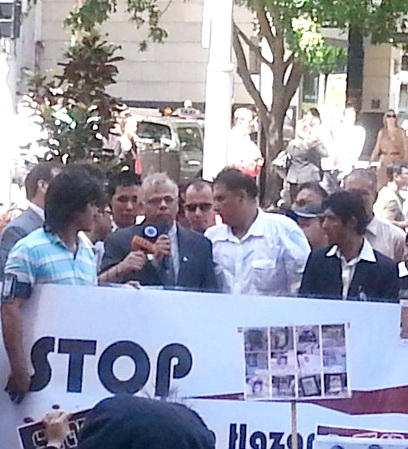 The Consul General Azam Mohammed also addressed the gathering. He conveyed sincere condolences on behalf of the High Commissioner and the Consulate on the sad incident of 16 February, 2013 and condemned the act. The Consul General expressed solidarity with the Hazara community. He termed the perpetrators as enemies of Islam and Pakistan. He told them that every Pakistani shared their grief.

CG Azam assured them that the government was taking all measures to bring the culprits to justice and that the Prime Minister himself was monitoring the situation. He urged the gathering to be steadfast as Pakistan was passing through difficult times as a nation and need of the hour was to remain united. Main objective behind the killings of innocent people was to spread terror and create division on ethnic and sectarian lines leading to destabilisation of Pakistan. He said that those anti Pakistan forces would never succeed in their evil designs. He expressed hope and confidence that people of Pakistan would remain united and foil these plans. The Consul General Mr. Azam briefed the gathering about the latest developments like meetings of the Parliamentary Committee with the leaders of the Hazara community in Quetta and Suo Moto notice by the Chief Justice of Pakistan, actions initiated by security forces and the orders passed by the President and the Prime Minister to ensure safety of the Hazara community and to bring the culprits to justice.
<<<<<<<<<<<<<<<<<<<<<<<<<<<<<<<<<<<<<<<<<<

A Very large Number of Hazara Community Australia gathered today at the Martin Place business centre of Sydney, in front of Pakistani Consulate Office, and recorded their protest against the on-going killing of the Hazara and Shia community in Pakistan particularly in Quetta. 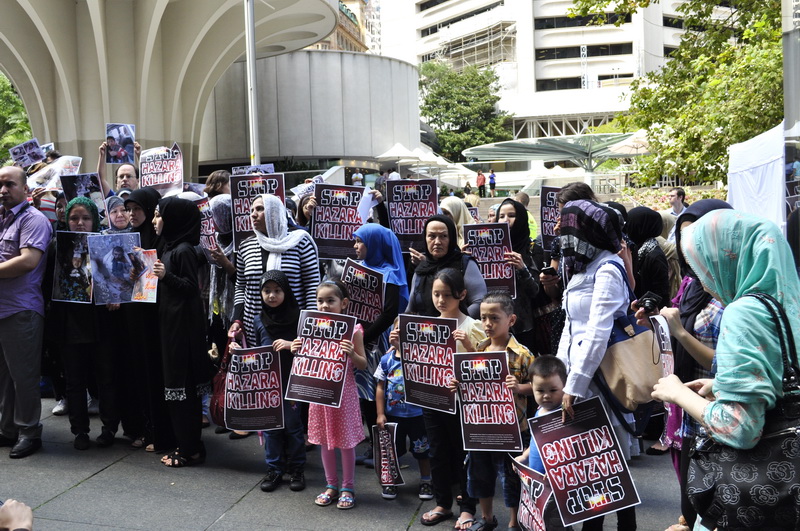 The protest was organized by the local Hazara Community group; however, prominent representatives of the local human rights organizations , community groups, MQM Australia and others attended the demonstration. People mostly members of the Hazara Community particularly, youth, women and elders travelling from far distances attended the protest in order to record their voice against the barbaric killing of innocent Hazara and Shia people in Pakistan. Organizers, local activists and community representatives including Shams ul Abbas (organiser of today's protest), Shaikh Idress ul Hassan, Shaukat Arbab, Alizahda and Najeba Wazefadost from Hazara Community; Alex Paglilaro from Amnesty International; Nick Riemera from Australian Refugee; Kamran Qadri from MQM Australia, The Consul General of Pakistan Mr. Azam Mohammed and other spoke to this large gathering.

They loudly condemned the terrorist attacks on Hazara and Shia people and called it ferocious and brutal act of terror. The speakers commonly held the rulings powers of Pakistan particularly in Balochistan responsible for failing to provide safety and security to the Hazara and Shia community.

The speakers said that only within 40 days this was the second massacre of Hazara community in Quetta. They said that it is a shame that the law enforcement agencies of Quetta not only failed to control but could not find the criminals.

It is to be noted that this was the 2nd large protest from the Hazara Community in Sydney since the last bomb blast in Quetta where 84 people were killed and the protest was staged on 14th of January at the same place. 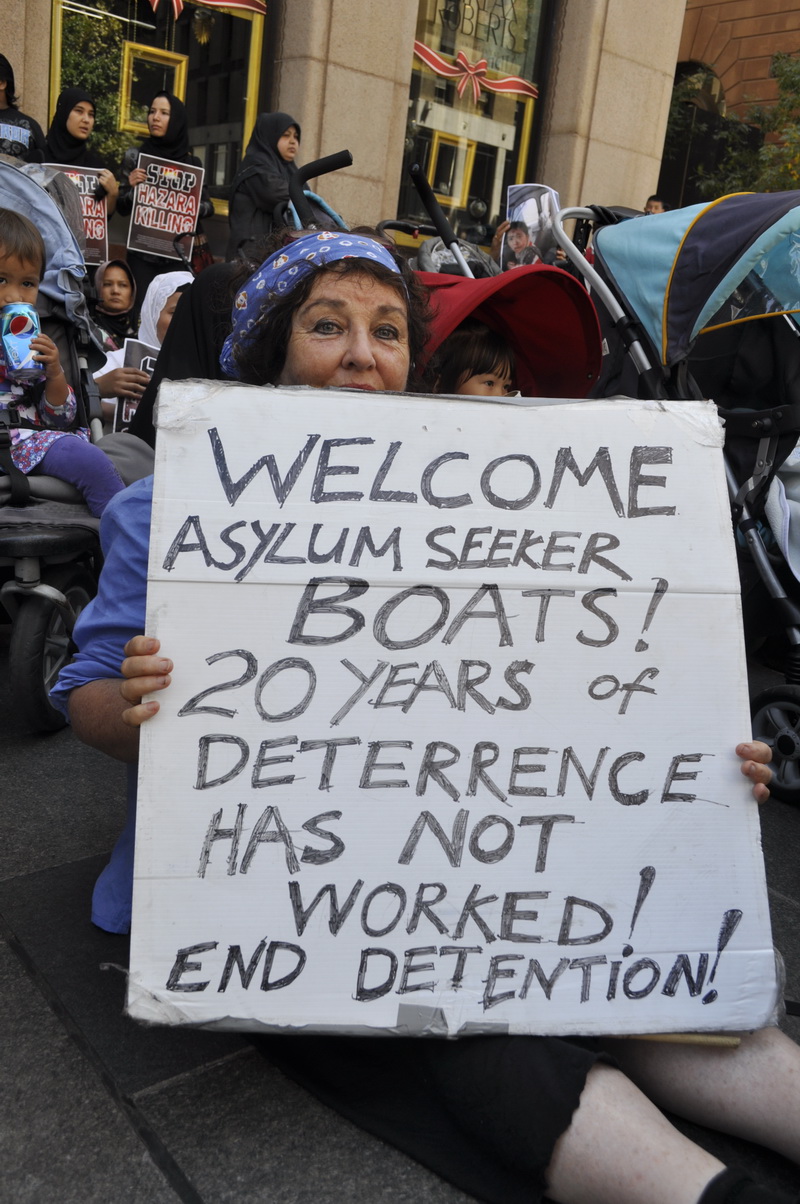 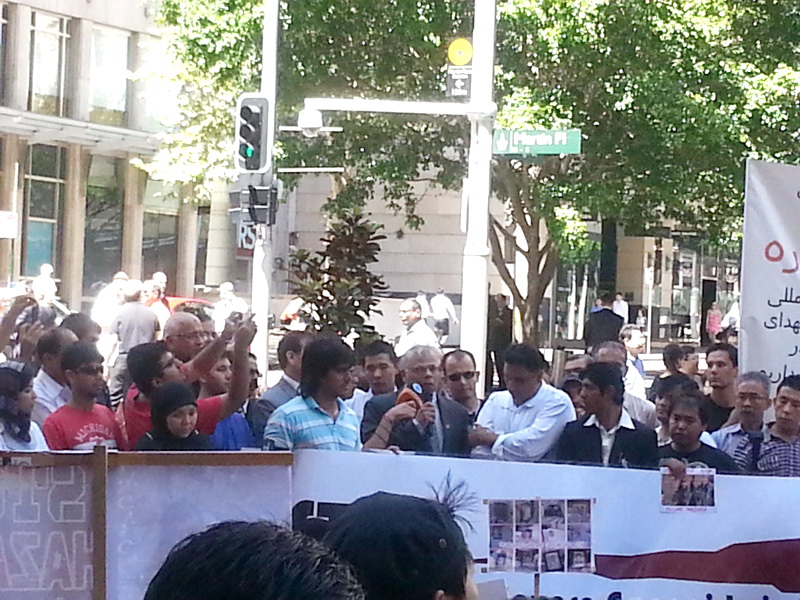 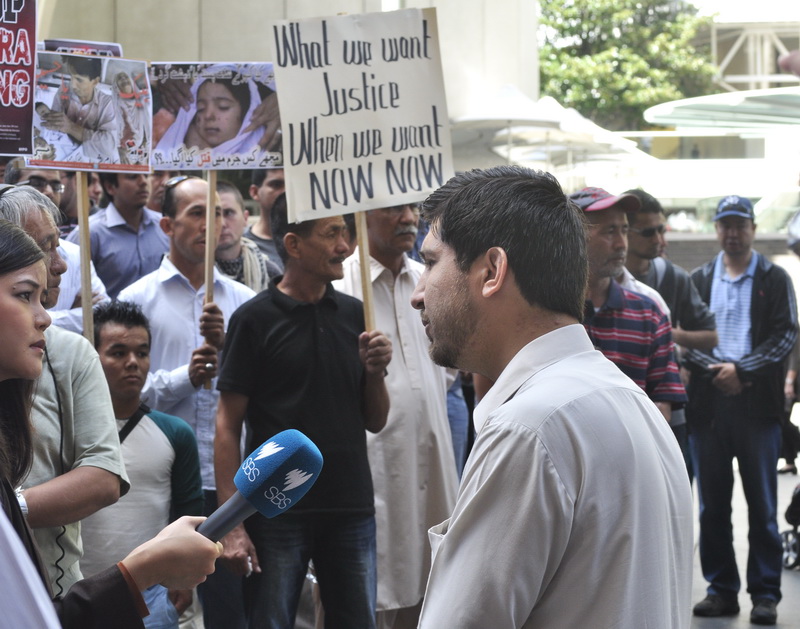 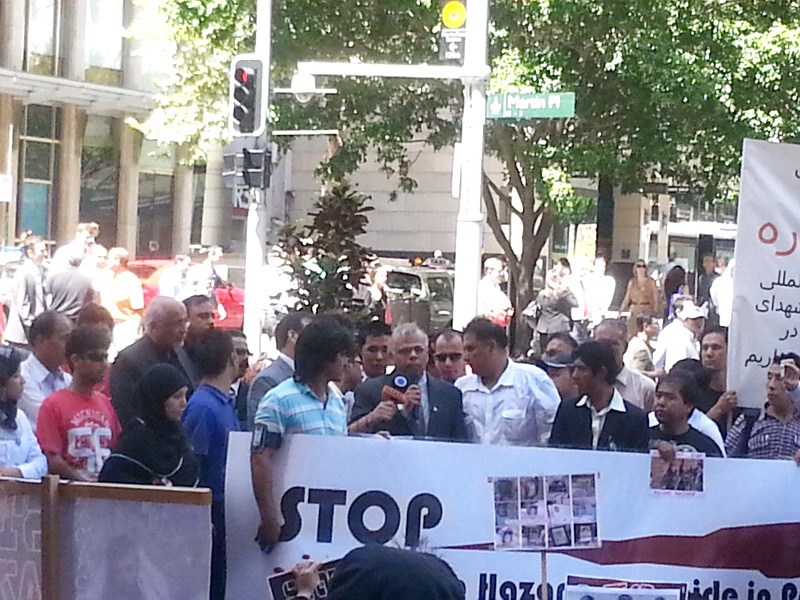 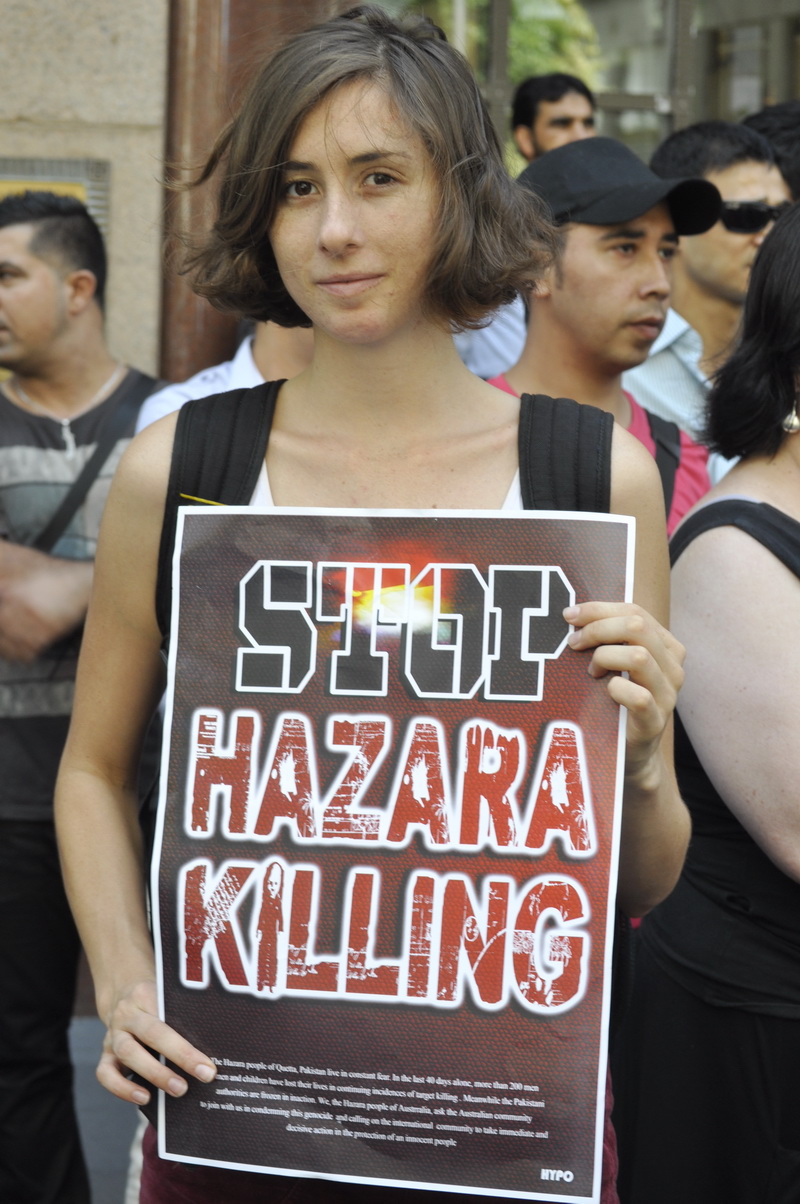 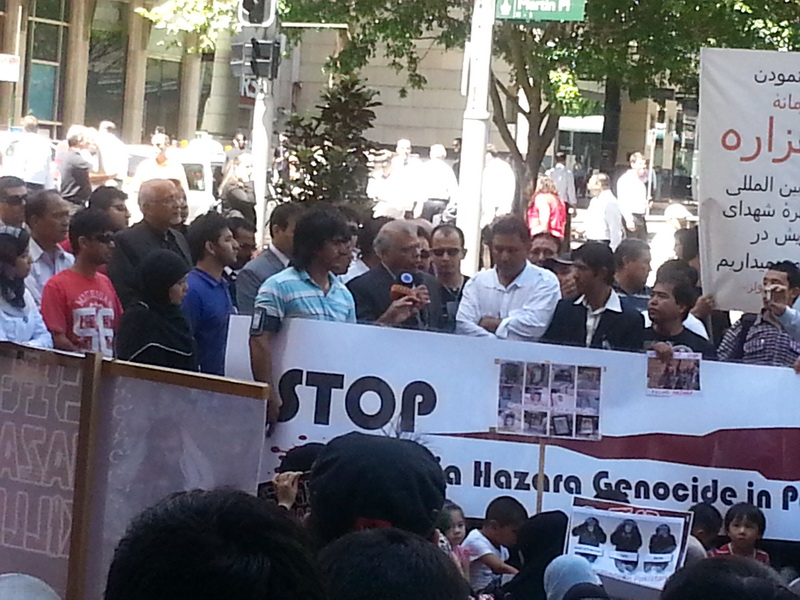 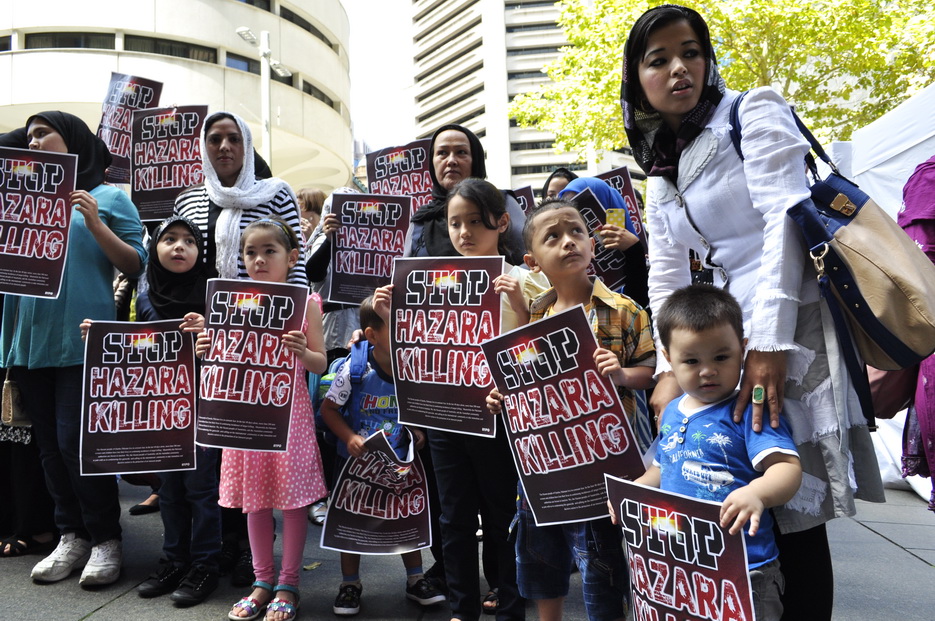 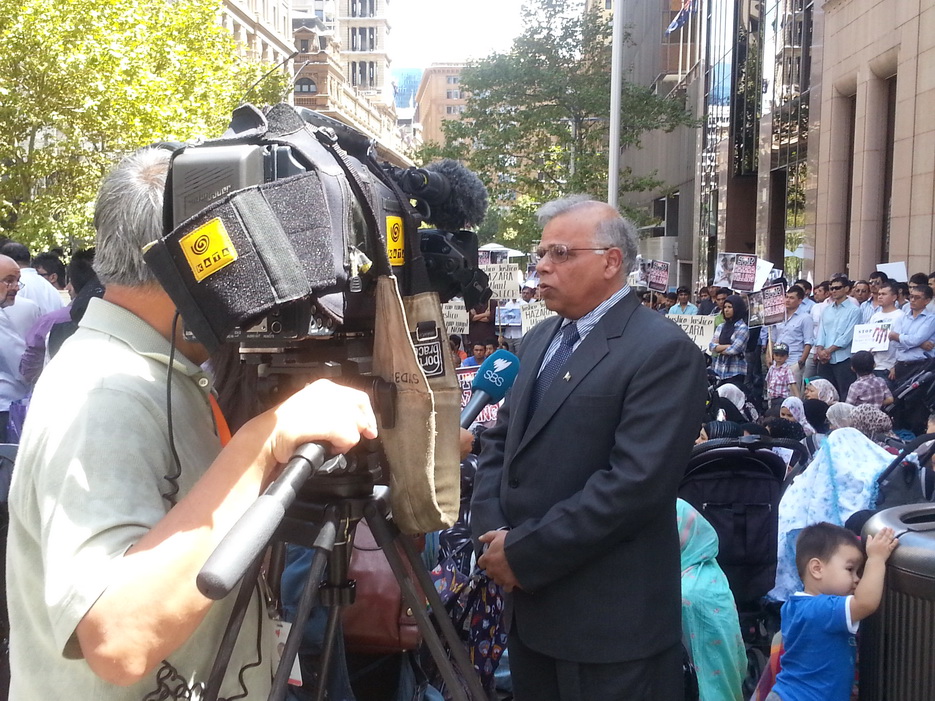 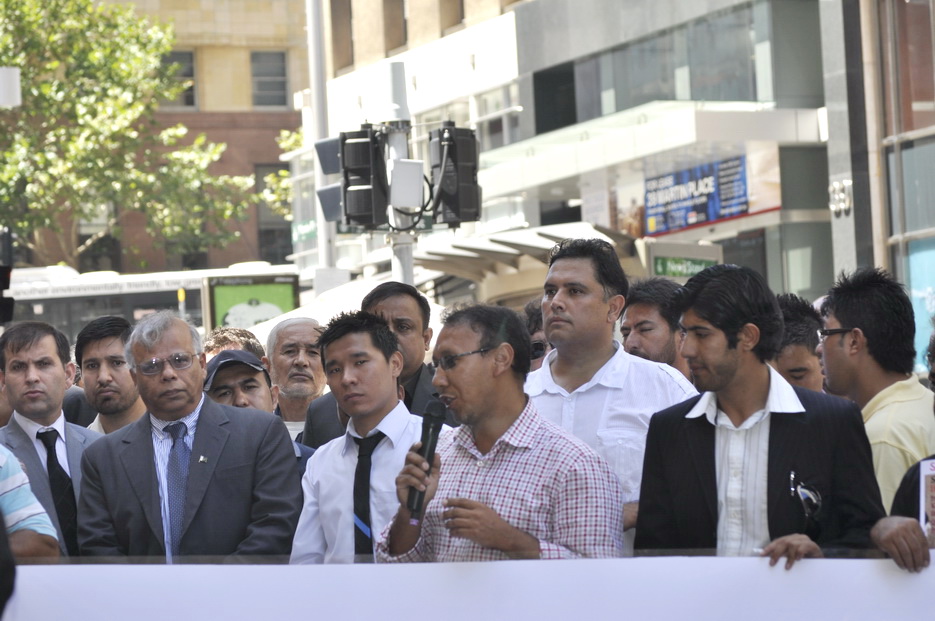 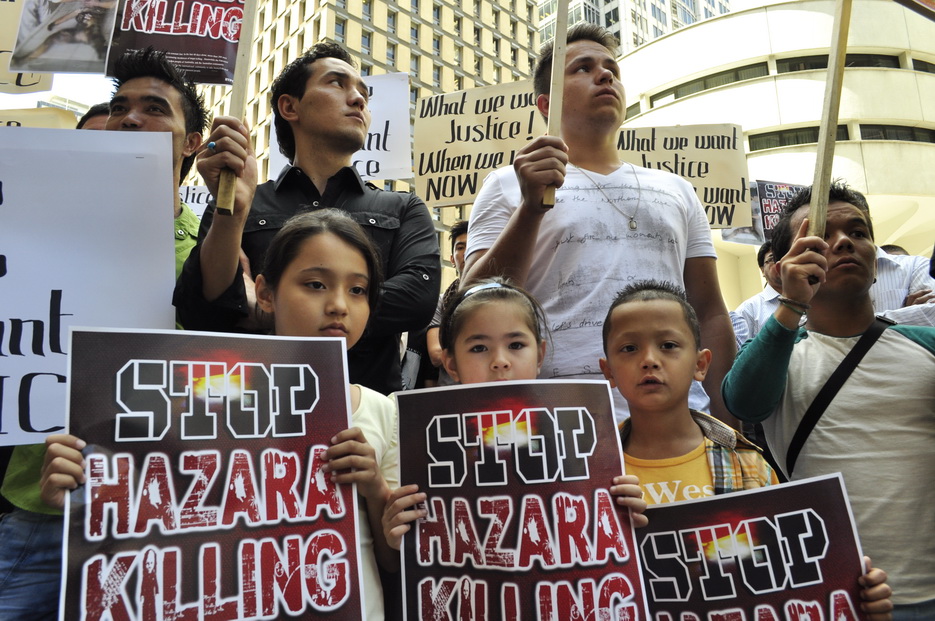 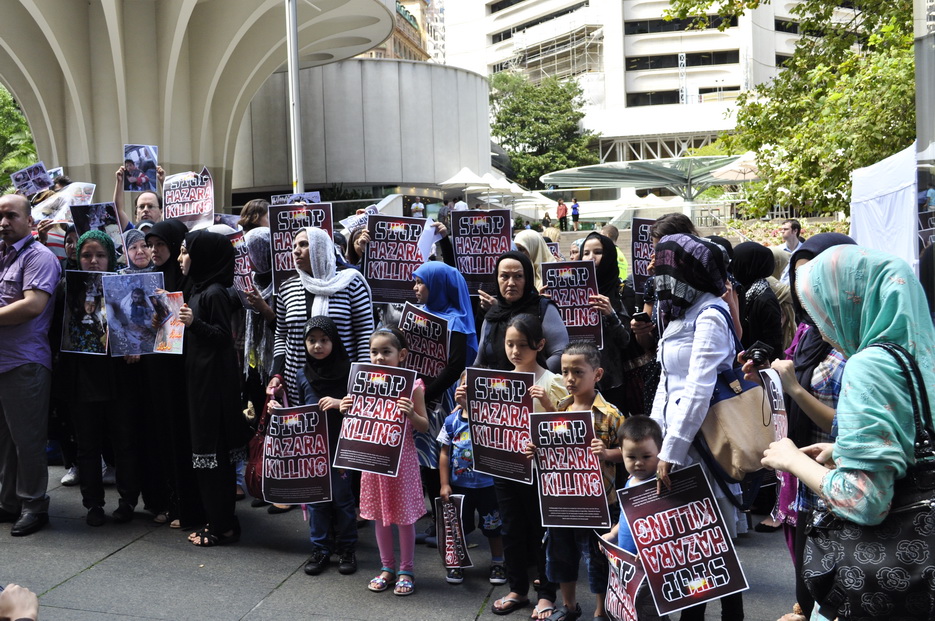