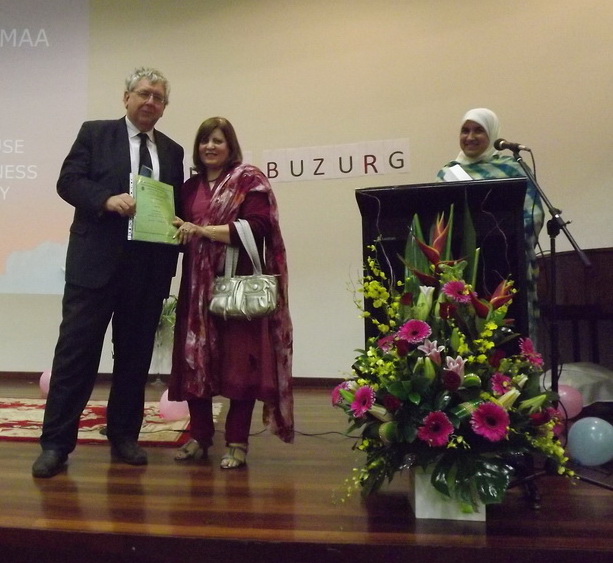 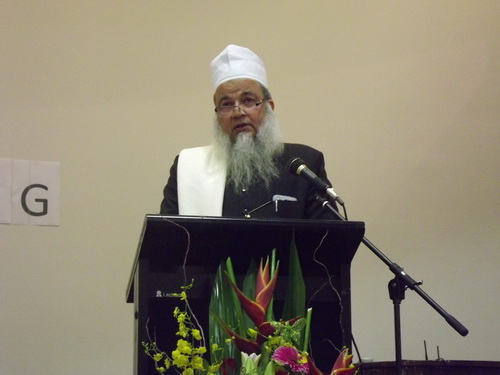 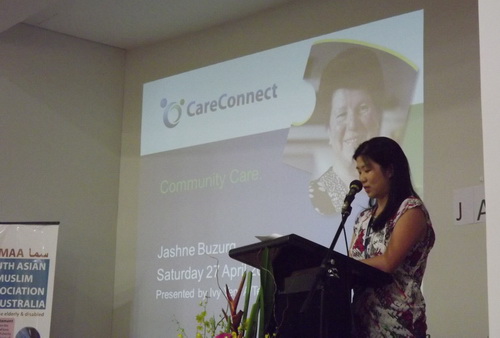 Ivy Yen, the representative from a major community care provider CareConnect who have arrangements with SAMAA to provide Home Care services, gave a presentation about their services and about changes happening in the sector. 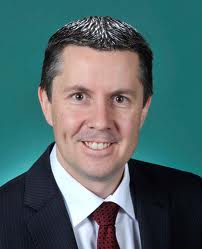 Hon. Mark Butler in his video message congratulated SAMAA for holding Jashne Buzurg. He acknowledged that in the Islamic culture the care of one’s elderly parents is considered an honour and a blessing. He spoke about the $3.7 billion plan which was announced by the Prime Minister Julia Gillard  to modernise the aged care system so that it provides the dignity and independence that our elders deserve in later life – regardless of their background. The package – called Living Longer Living Better - is a 10-year blueprint to establish an aged care system that will serve Australia well in the 21st century.

And the plan will ensure that we have an aged care system that respects culture and difference and gives older people more choice about where and how they receive support and care.

Around 20 per cent of people aged over 65 years were born outside Australia and by 2021 that number will rise to 30 per cent. Older people from diverse backgrounds often have different cultural, linguistic and spiritual needs which can affect the type of care and services they want and need.

As a first step to tackling this, he has released a National Ageing and Aged Care Strategy for people from culturally and linguistically diverse backgrounds. This Strategy will help to respond to the needs of the growing number of older people from different cultures with English as a second language.

The Living Longer Living Better package includes a number of policies that will improve the lives of older people from culturally and linguistically diverse backgrounds as well as their families and carers and commits $24.4 million to begin this work.

He also talked about his launch of the CALD Aged Care Network with the Federation of Ethnic Communities’ Councils of Australia – a web-based communication network for people and organisations involved in the culturally and linguistically diverse ageing sector. The network will be used to build the capacity of CALD organisations, bringing together services involved with the many and diverse ethnic communities. 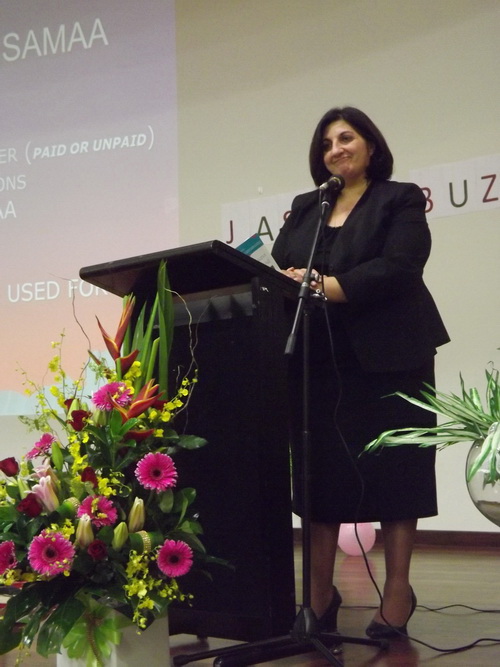 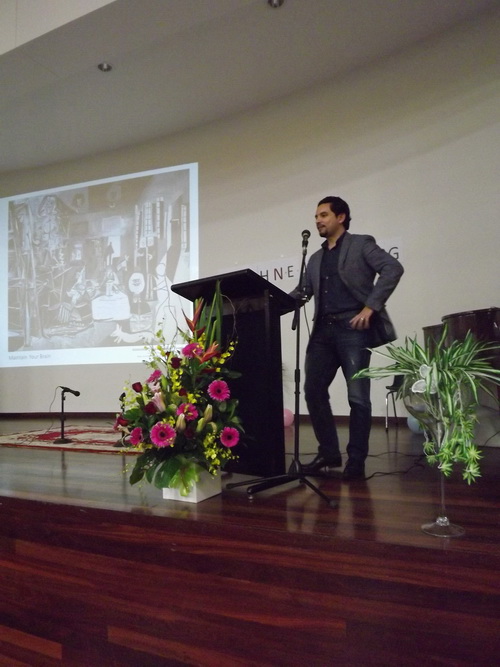 The Keynote speaker, Dr Michel Valenzuela delivered a captivating talk on how to maintain your brain as you age. He spoke about physical and mental activity in order to prevent dementia. He spoke about the neuro-revolution- a process termed neurogenesis-which proves that we continue to make new brain cells even during old age. A book ‘Maintain Your Brain’ by Dr Valenzuela proved very popular amongst the audience. 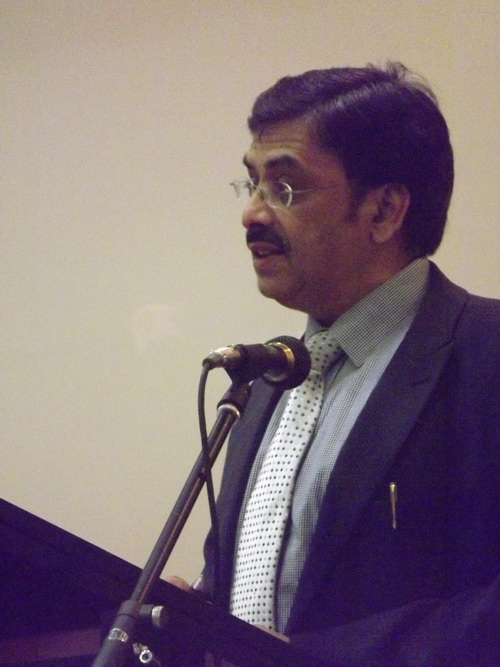 SAMAA official Mr Zahid Jamil briefed the audience about various SAMAA programmes. He said that over past 12 months our main focus has been the volunteering programme  through which SAMAA elderly have been receiving different kinds of services from SAMAA volunteers. SAMAA has divided Sydney into 7 major regional areas and it aims to to have a nursing home (with whom SAMAA has signed MOU) and a local volunteering group in each area.

He spoke about challenges in accessing funding for various projects. One such application currently waiting outcome is for a project named “Better Life for South Asian Muslim Elderly” under  MULTICULTURAL ADVANTAGE GRANTS PROGRAM  of  Community Relations Commission.

The project aims to facilitate better quality of life for older people of South Asian Muslim background while making them a part of diverse, engaged and dynamic sector of society to counteract the stereotype of older people as dependents or burdens.

This project will enhance SAMAA’s current  General welfare services through cultural specific volunteer services and  activities to assist elderly in overcoming social isolation and loneliness. It will be achieved not only through face to face contact with volunteers but also empower our elderly to use Internet and social networking to stay connected with their remote friends.

He said that there have been instances when a business person of the community has expressed interest in building an aged care facility. SAMAA is always willing to cooperate with any such person or group so as to expedite the objective of building a community aged care facility. If such a facility is built, SAMAA will like to increase its equity by gradually buying units in it once it has sufficient funds to do so.

He said that SAMAA has not been successful in raising sufficient funds for its programmes as desired . Due to cuts in government funding in aged care sector and a large number of applicants for any grant, It is not always easy to get funding. While seeking help and advice from the parliamentarians, he requested the South Asian Muslim community to donate to SAMAA. He emphasized that SAMAA’s work is an act of Haqooq Al Ibad . He announced that SAMAA will be holding a fund raising dinner on 24 August 2013 at Marana auditorium, Hurstville. He hoped that our community will come forward in helping SAMAA in raising funds so that a great community dream is realized.

A well known Indian artist  Prabhu played a very special music called  OSONIQS which induces the silence of the soul, invokes the connection to nature and kindles the celebration of life. According to him, this music takes a journey through the enchanted uncharted landscape of sound and vibration.

A few Elderly received gifts from SAMAA and every body enjoyed the evening thoroughly. 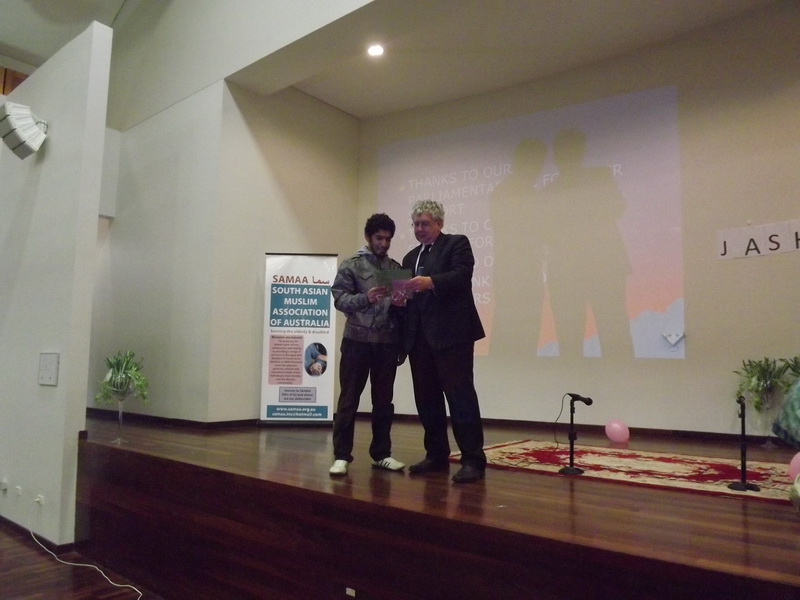 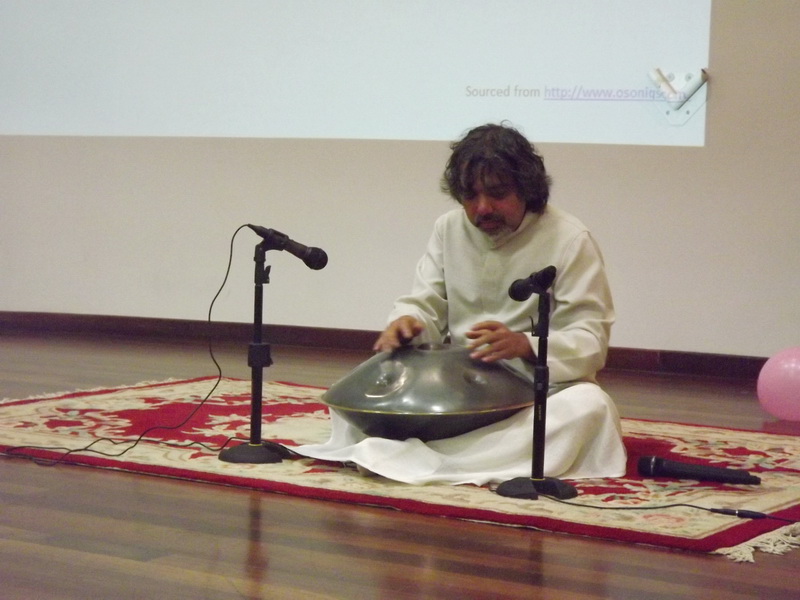 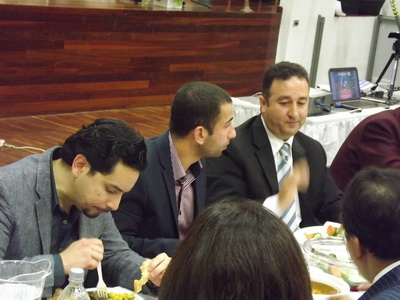 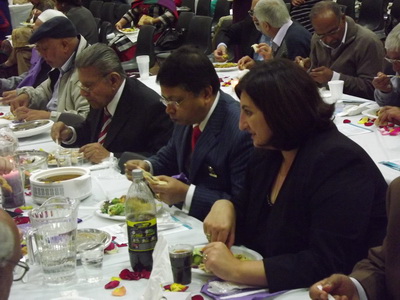 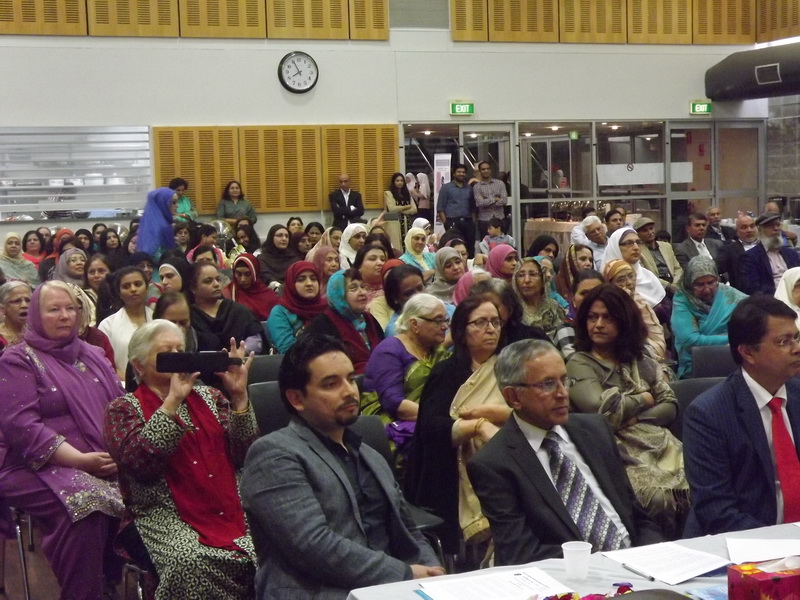 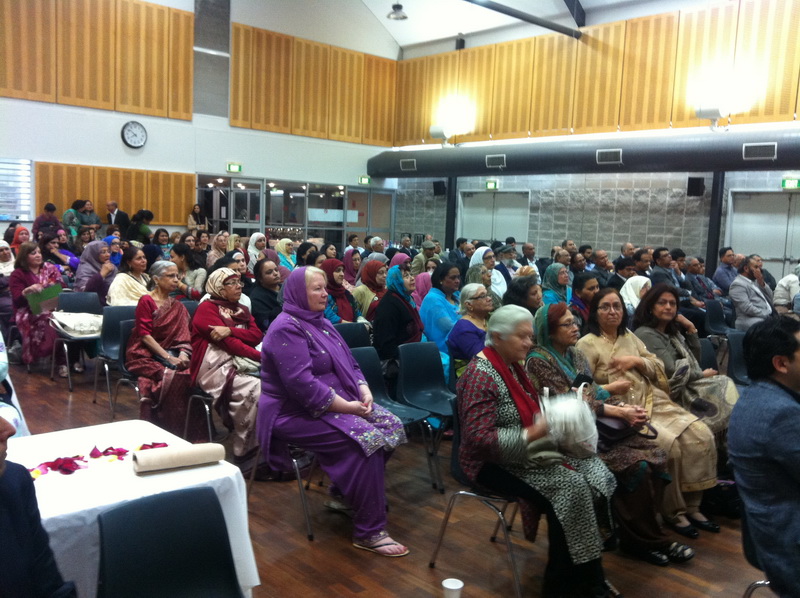 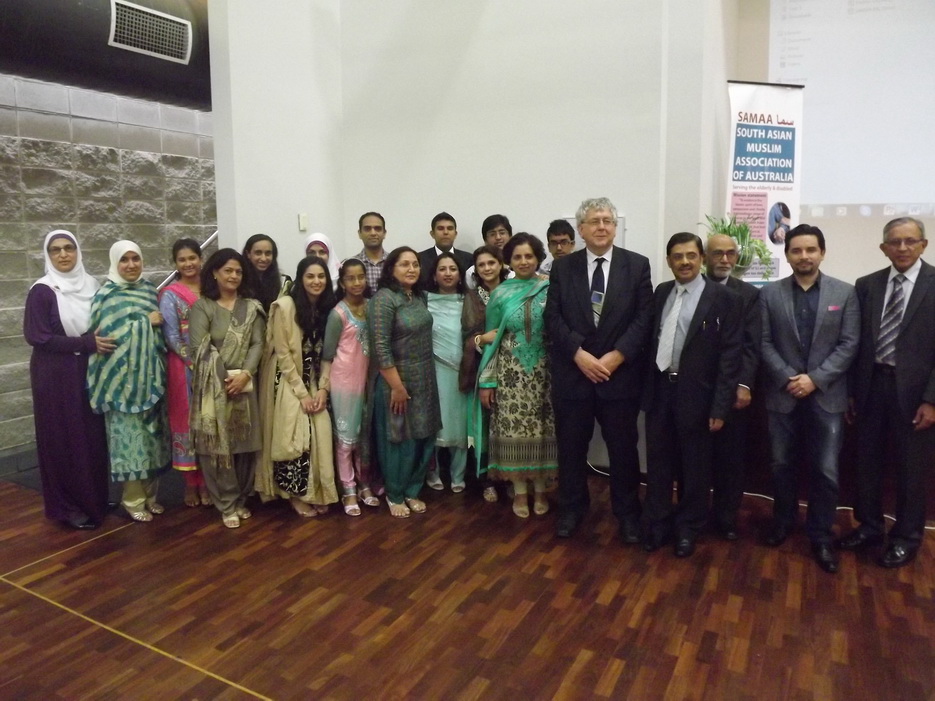 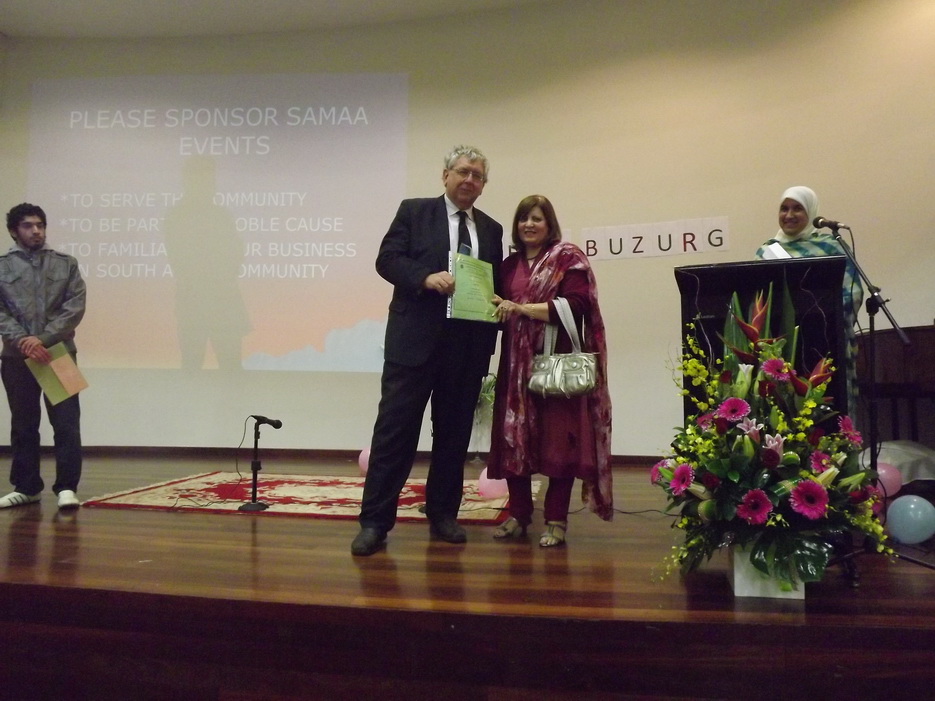 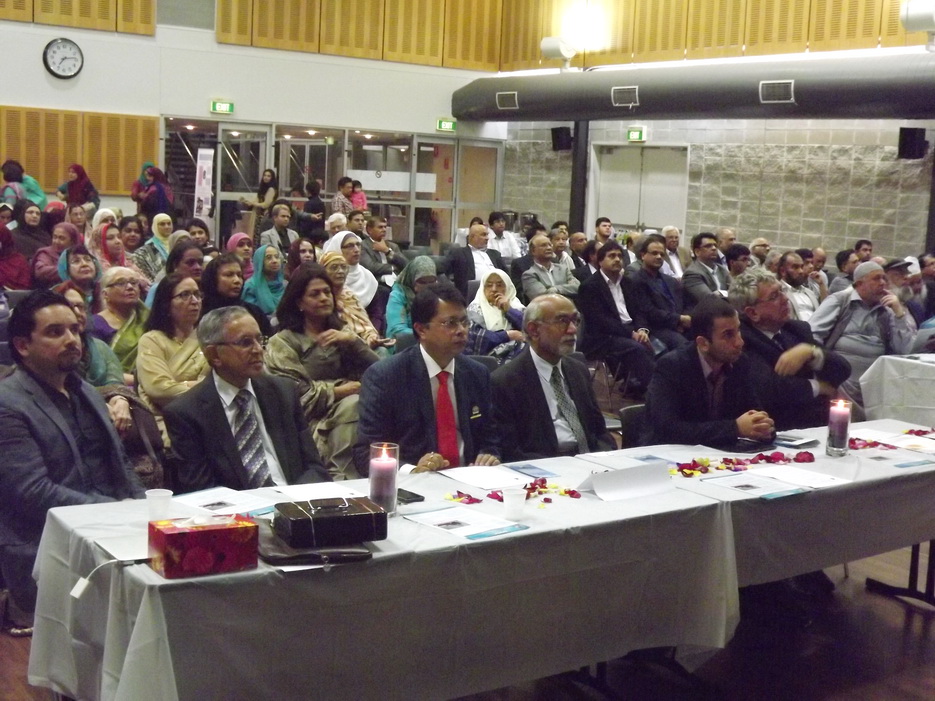