At Blacktown Sydney, Subcontinent Friends of Labor in New South Wales hosted its annual dinner on 7th August 2015 with the Federal Leader of Opposition, The Hon Bill Shorten. The evening was well attended by many community groups, individuals, state and federal MP’s.

In the opening remarks Ms Kaila Murnain, NSW Labor Assistant Secretary applauded the Subcontinent Friends of Labor (SFOL) team. Ms Murnain highlighted the achievements of the group in the party and introduced the President of SFOL, Dr Moninder Singh. 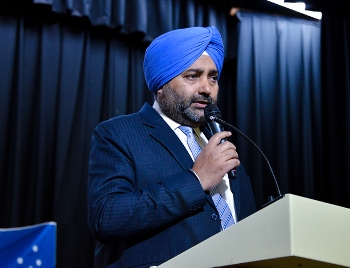 The President Dr Moninder Singh welcomed the guests. Mr Singh highlighted the exemplary achievements of SCFOL group across the country. We have been instrumental in forming similar groups in Victoria and ACT he added. He emphasised the importance and support extended by this group to various candidates during and after elections to reach out to the community.

Former State leader of opposition and MP from Blacktown Hon John Robertson said ‘its time to recognise the contribution of the subcontinent communities in the decision making bodies.

Mr Ejaz Khan, Vice President of SFOL was the MC of the formal part of the event and introduced Hon Ed Husic Member for Chiefly and thanked his extended support to SCFOL. Hon Husic, reiterated the contribution of the SFOL team to promote Labor values. Member of the SCFOL should be promoted to Local, State and Federal Governments to reflect true representation of the sub-continent communities he said. 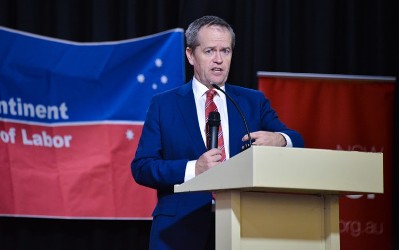 The highlight of the evening was the honour extended to Professor Nihal Agar AM, President of Hindu Council of Australia who was conferred member of Order of Australia and former Premier of NSW Nathan Reece. The Hon Bill Shorten, Leader of Opposition, presented shawls to both and thanked for their contribution.
Mrs Aruna Chandrala presented the Hon Bill Shorten with a plaque and miniature statute of ‘Lord Ganesha’ the symbol of good luck, wisdom and success; chair of women’s committee in SFOL. 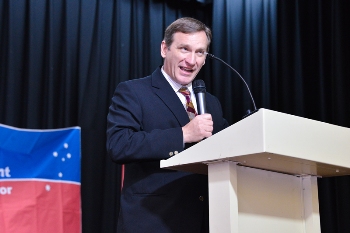 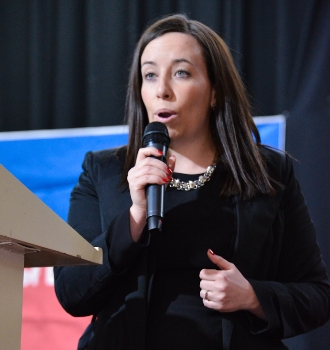 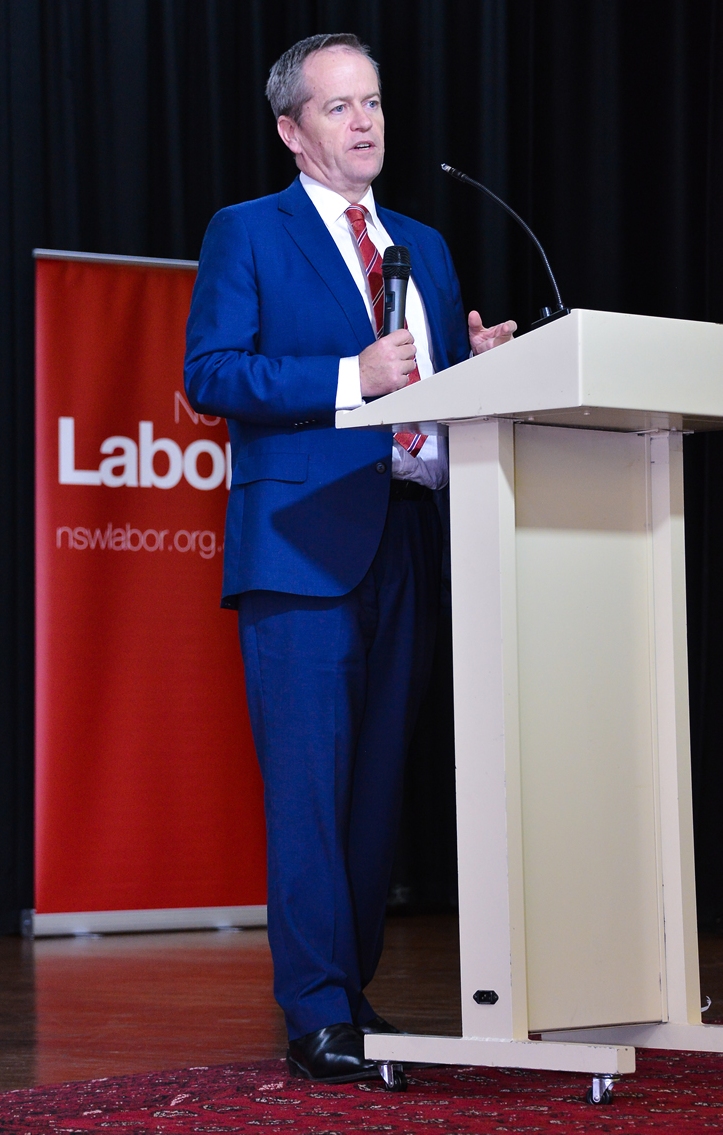 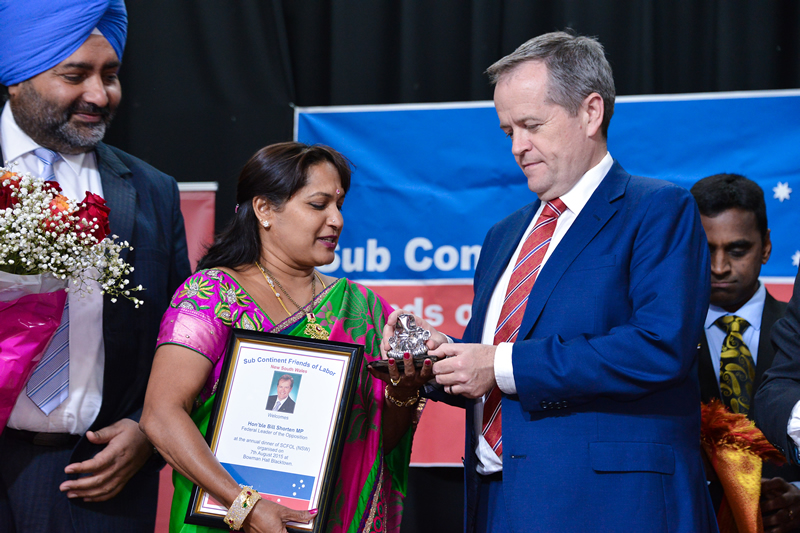 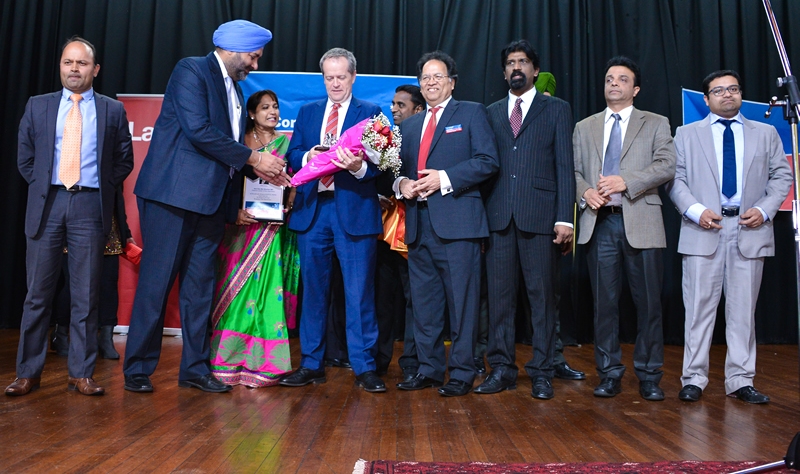 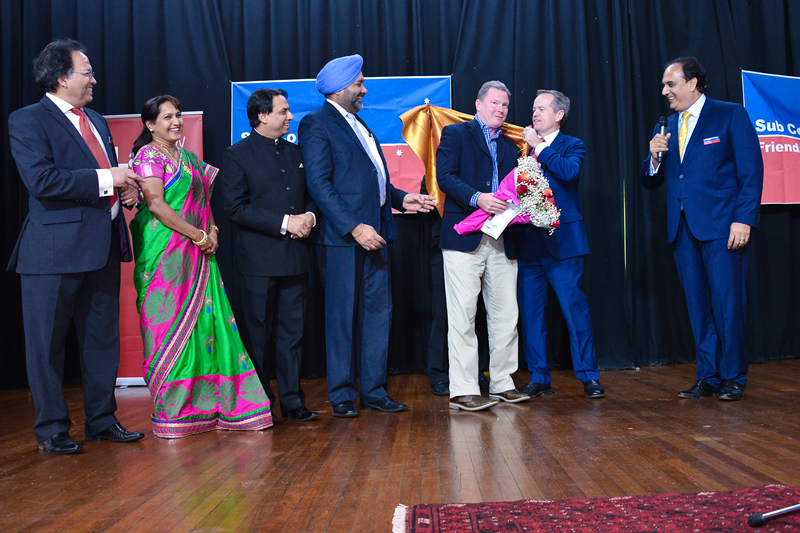 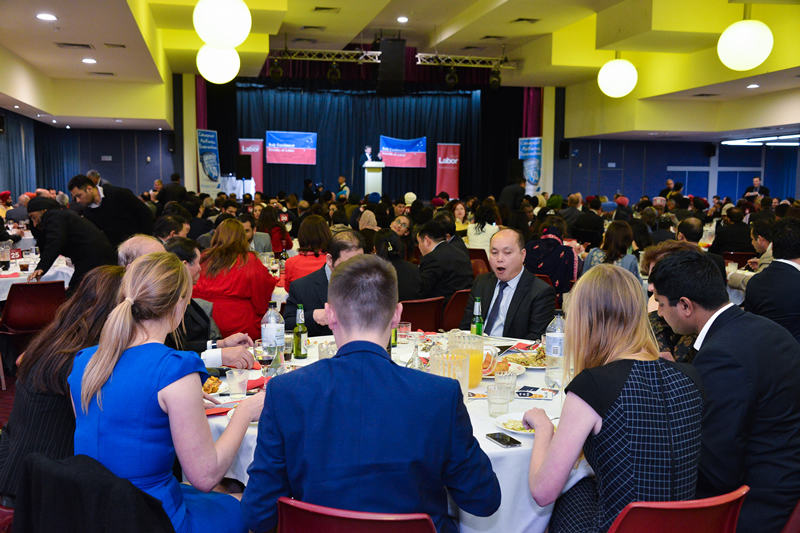