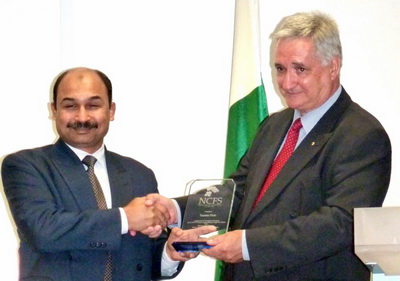 The National Centre for Forensic Studies (NCFS) was established in 2003 under an agreement between The Australian Federal Police – Forensic & Data Centres (AFP FDC), the Canberra Institute of Technology (CIT) and the University of Canberra (UC) to increase the effectiveness, cooperation and collaboration through joint research projects, information exchange, program coordination and joint assessments of current forensic science studies. Since the establishment of NCFS, the Centre has delivered enhanced education, training and research opportunities for the benefit of the partner agencies and the wider forensic science community. 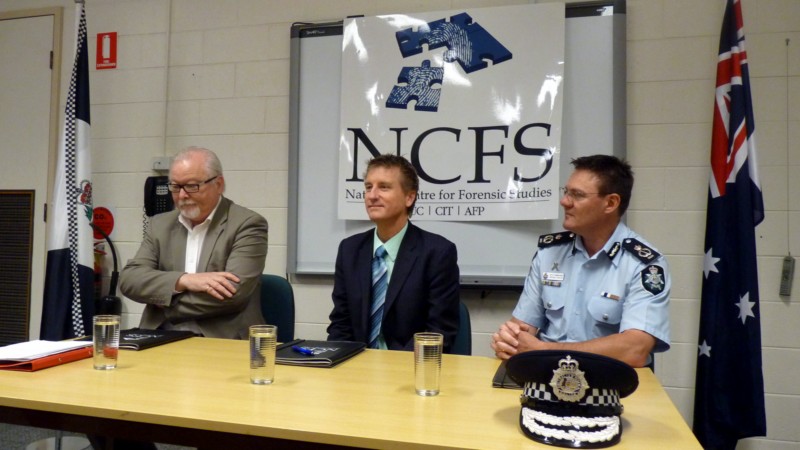 A signing ceremony to renew the Agreement for another five years was recently held in University of Canberra. The Agreement was signed by the Vice Chancellor - Education, the DC-COS - Mike Phelan (Deputy Commissioner Close Operational Support) of the AFP and the CEO of the Canberra Institute of Technology – Adrian Marron. 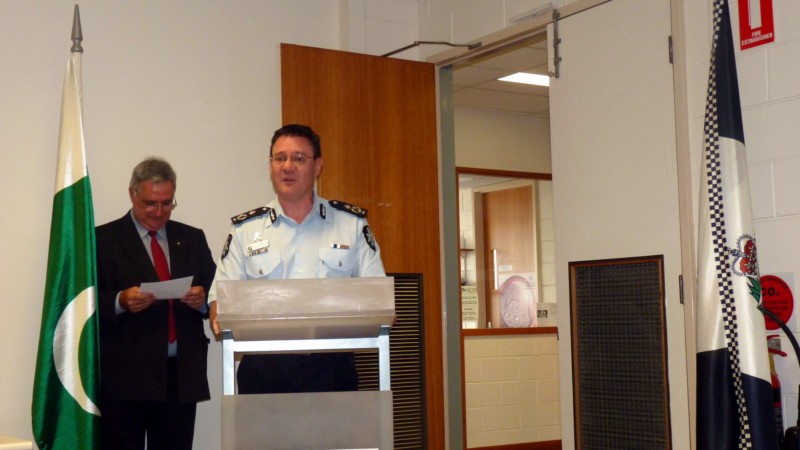 Under the NCFS agreement the NCFS (UC/CIT) has been contracted by the AFP to provide forensic training courses under the Pakistan Forensic Capacity Building Program. This project is funded by the Australian Government. Since December 2011 the NCFS has run seven training courses for the AFP, with five more course to be provided by June 2013. 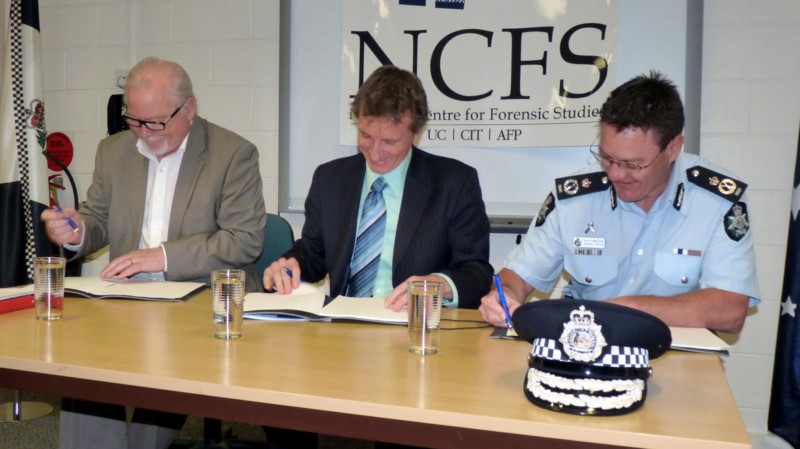 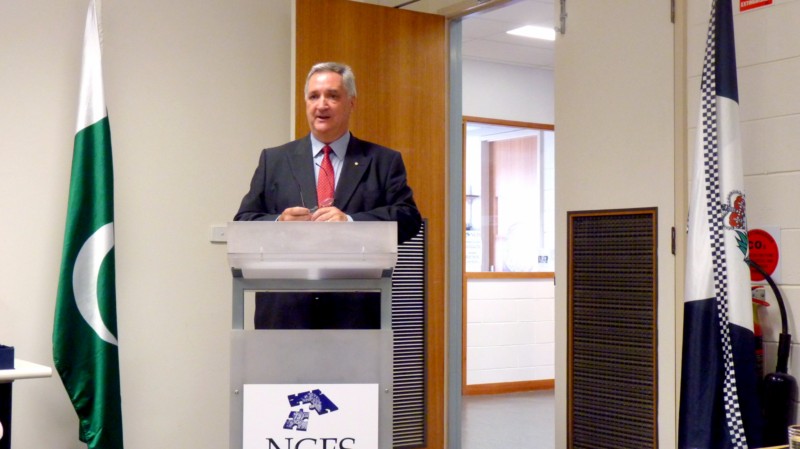 The inscribed plaque was presented to him by Professor James Robertson in a short ceremony immediately after the signing of agreement. The Deputy High Commissioner thanked the Government of Australia, AFP, NCFS and other relevant agencies for capacity building of forensic services in Pakistan.Mr.Tasawar Khan also thanked the NCFS for their kind gesture. 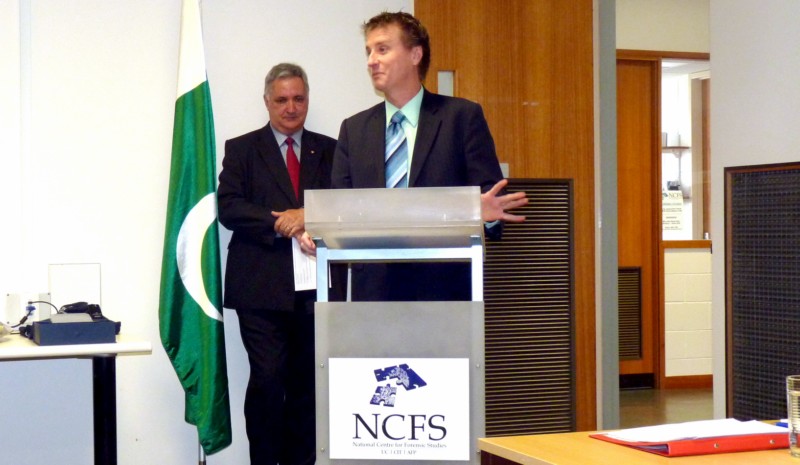 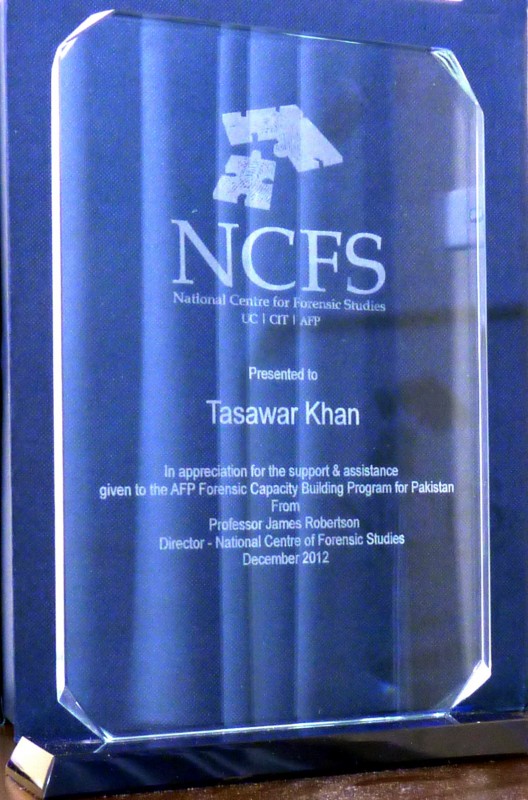 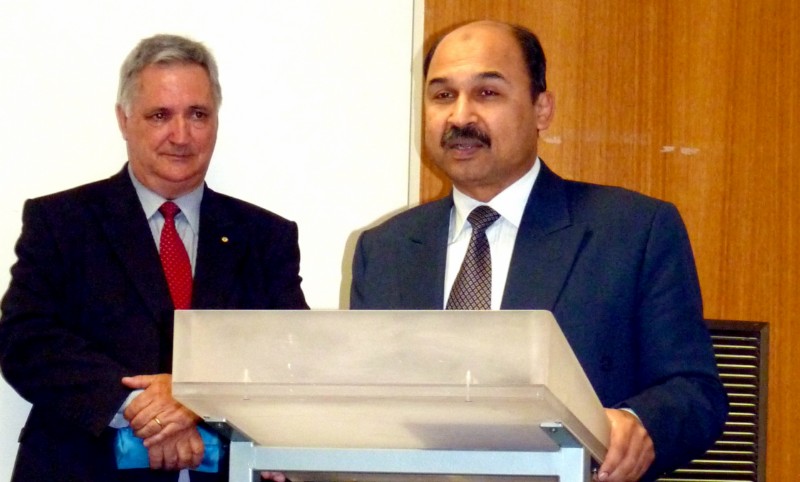 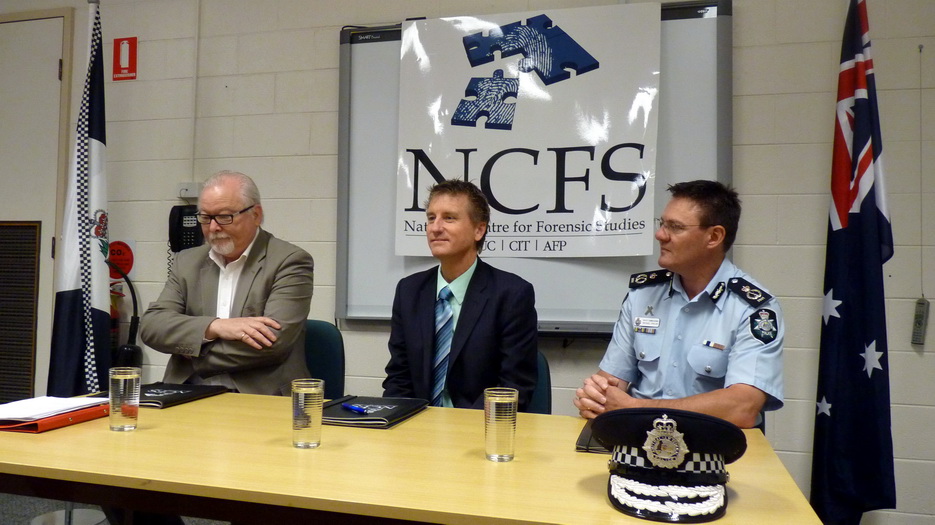 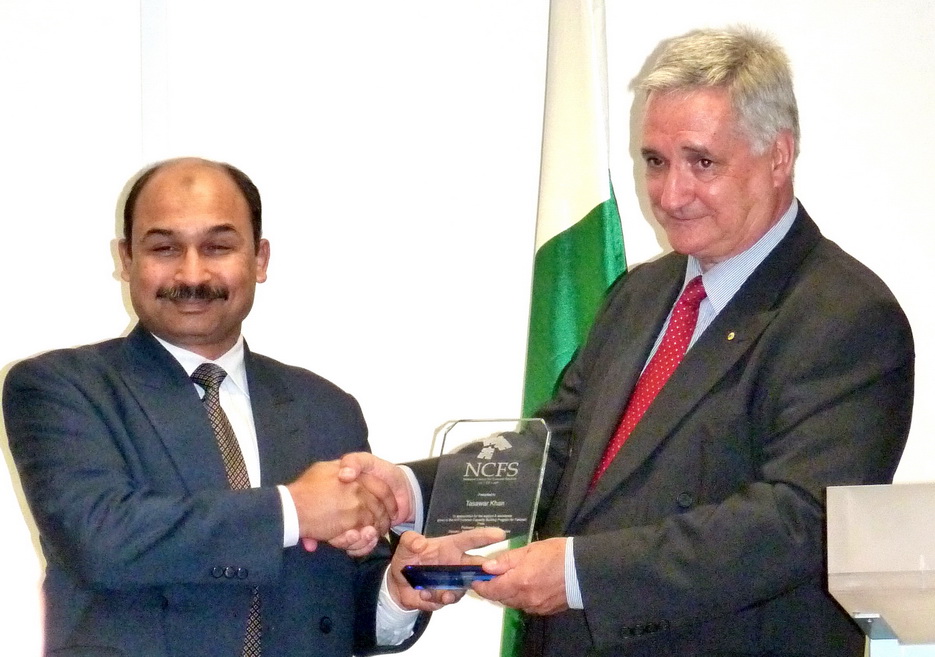