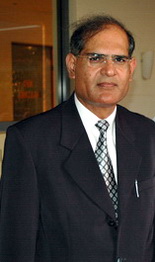 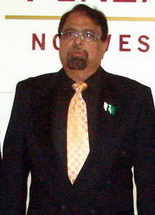 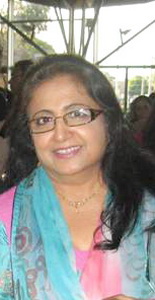 Yasmin Sayed is the Executive Producer and head of the Urdu program of SBS. She joined SBS in 1981 and has been presenting & broadcasting the Urdu program for over thirty years. She leads a team of permanent and casual broadcasters.

Mr. Mihas Zulfiqar was prominent member of Sydney's Pakistani community. On Wed, 20th March 2013 he has been shot dead in Karachi Pakistan while he was on short trip with his wife. Editor in Chief Sada-e- Watan Sydney Mr. Zafar Hussain was interviewed by Yasmin Sayed about this loss for the community.

On Sunday, 24th March 2013, Yasmin Sayed broadcast exclusive Interview of Syed Zafar Hussain, Editor-in-Chief Sada-e-Watan Sydney. Syed Zafar Hussain is close friend of Minhas Zulfiqar. Syed Zafar Hussain paid tribute to the Managing Director of the Crowne Plaza Norwest Sydney Minhas Zulfiqar, who was tragically killed in Pakistan.
During the SBS Interview, Syed Zafar Hussain said No one can believe this tragic unexpected news. Mr. Minhas Zulfiqar was a very close friend of all Pakistani and sub continent communities. He was very popular in Australia. This news is a shock to the community and we have lost a very generous man, who was always ready to help those in need, be it for the flood appeal or any other cause. We will miss him. He was an excellent person and a good friend, who was always helpful and forthcoming to serve our community.

Syed Zafar Hussain said that we are mourning the sudden death of Minhas Zulfiqar who was always active in welfare and social activities. Mr. Zafar said I am sure that Minhas will be very much missed and remembered by family, friends and community. Syed Zafar Hussain thanks Yasmin Sayed for presenting special tribute Interview for prominent Sydney businessman Minhas Zulfiqar who was well known for his charity services.